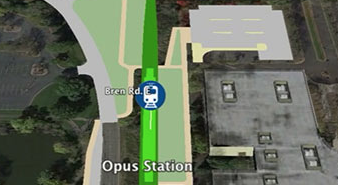 A crane connected to the Southwest Green Line extension project in Minneapolis partially collapsed on July 15.

A partial crane collapse stopped Twin Cities & Western Railroad freight traffic on July 15 in Minneapolis, Minn. No injuries were reported and no word yet on whether freight traffic has been restored.

The crane was working the Southwest project, which is a $2 billion, 14.5-mile extension of the Green Line. The rail will connect Minneapolis with Eden Prairie, and passenger service is expected to begin in 2023.

The crane boom partially collapsed around 3 p.m. on July 15 near the Cedar Lake Shores Townhomes in the Kenilworth corridor. Residents in the some of the condos were evacuated.

Southwest spokesperson Trevor Roy said there was no property damage that could be seen and the crane did not hit the ground. A second crane was brought in to support the collapsed one.

The accident is currently under investigation.