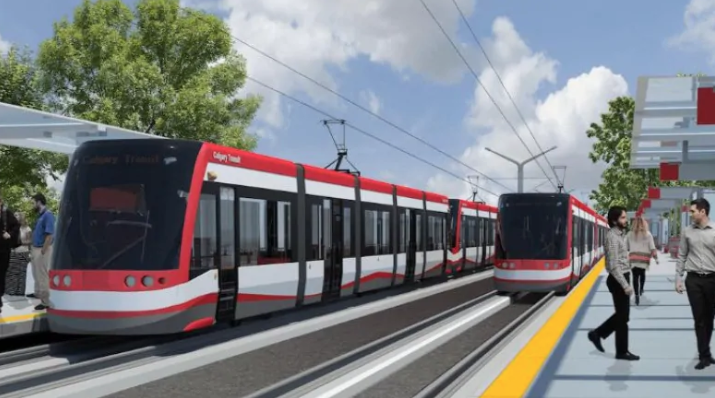 The city of Calgary is looking at making some changes to its Green Line project to save money and allow for future expansion.
City of Calgary

Saving some green is the current mindset of Calgary officials when it comes to the construction of the new Green Line. Future expansion also is top of mind as the City Council will look to approve plans for the light-rail project so construction can start in the first half of 2020.

Changes, however, are being suggested in an effort to drop the price of the $4.9 billion Green Line and to allow for future expansion. Alterations call for the shortening of the light-rail tunnel in downtown Calgary; putting the Second Avenue station underground but inside a future development which will replace the Eau Claire market; constructing a bridge for the CTrain across the Bow River; and adding a Ninth Avenue station in Crescent Heights and running the tracks down the middle of Centre Street North to 16th Avenue.

The city of Calgary is putting up $1.5 billion for the Green Line project, and federal and provincial governments will match that amount.

However, there is a group that wants to see the Green Line take on a different look. Calling the route too financially risky to build, opponents do not want to see the line go across the river, prefer a ground level or elevated train through the downtown area and is against plans for low-floor light rail vehicles.

The City Council believes the Green Line needs to span the river so that future expansion is possible, and claims downtown building owners do not like the idea of a street line or elevated train service. Low-floor vehicles are already in use on other train lines and switching to high-floor models would only add to the cost.