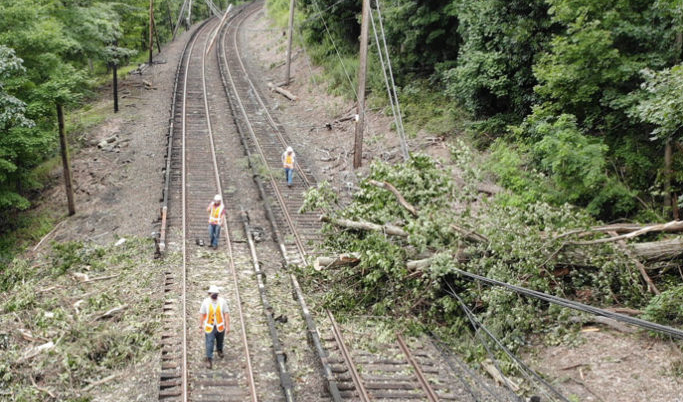 As many as 285 trees spilled across the Metro-North system.
Metro-North

Tropical Storm Isaias put parts of the Metro-North Railroad in timeout for days. The railroad was finally operating on weekday schedules on Aug. 10 after crews had most of the debris off the tracks.

The Harlem Line was hit the hardest during Isaias, with 75 trees lying on the line at one point. A total of 285 trees spilled across the Metro-North system. The process of removing the trees is a difficult one, as crews often need to remove limbs from utility wires that run alongside the tracks. Restoring utility poles and wires often takes the most time.

Crews continue to work to restore Harlem Line service between Southeast and Wassaic.