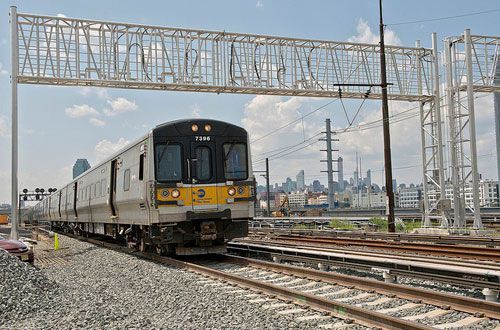 The MTA will use lessons learned on L Project and apply them to tunnel rehab work on the F subway line.
MTA

Metropolitan Transportation Authority (MTA) officials today announced the awarding of a contract to rebuild the Rutgers Tube that carries the F subway line under the East River between York Street in Brooklyn and East Broadway in Manhattan. The tube is the 11th and final MTA tunnel under a major body of water to be rebuilt as a result of damage sustained during Superstorm Sandy. The project will use lessons learned from the L Project that will allow the work to be done during overnight hours and on weekends, averting the need to fully close the tube.

Preparatory work is expected to begin in August, with the major work set to get underway in mid-September and culminate next spring. The MTA is working on nights and weekends to minimize inconvenience to 35,000 riders and coincides initially with the overnight subway shutdowns for cleaning during the COVID-19 pandemic. The MTA is coordinating work so it does not coincide with signal replacements in the A/C Line’s Cranberry Tube to reduce service impacts, and negotiated with the contractor to get an earlier start, which will result in fewer weekend outages and an earlier end to the project.

The Rutgers Tube Project will rehabilitate systems and components within the tube that were damaged during Superstorm Sandy and replace other parts that have reached the end of their useful lives. Drawing on lessons learned during the L Project, the federally funded Rutgers Tube project will install a cable management racking system much like the one installed in the L Line’s Canarsie Tunnel. The project’s 14-month overall construction will be the fastest of all Sandy tube rehabilitations, which averaged 28 months.

The project also will feature replacement of track, signal equipment, power and communication cables, fan plant equipment, tunnel lighting and pumps. The project includes work to harden the pumping system as a resiliency enhancement by relocating the pump controls outside of the flood zone and providing a backup generator connection. The tube was inundated with more than 1.5 million gal of water during Superstorm Sandy.

To take advantage of the diversions of service for the work within the Rutgers Tube, the project includes structural repairs and platform accessibility work at the East Broadway station as well as cellular service within the tube.

The Rutgers tube rehabilitation is the first of its kind to fully utilize the fast-track design-build approach, rather than design-bid-build.

“The L train project demonstrated that the MTA can deliver major projects much faster and at less cost than anybody expected,” said Janno Lieber, president of MTA Construction & Development. “Now, with the Rutgers (F Train) tube, we’re on a mission to prove that we can make it the norm, as we continue to embrace advanced technologies and private-sector development techniques.”

“Once complete, we will have rehabilitated every tunnel damaged during Sandy, further fortifying the system against future natural disasters,” said Sarah Feinberg, interim president of MTA New York City Transit.“We’re working to make sure this work leads to as few disruptions as possible for our customers and look forward to getting this vital project underway in the weeks ahead.”

The plan is subject to approval by the MTA Board on Wednesday.