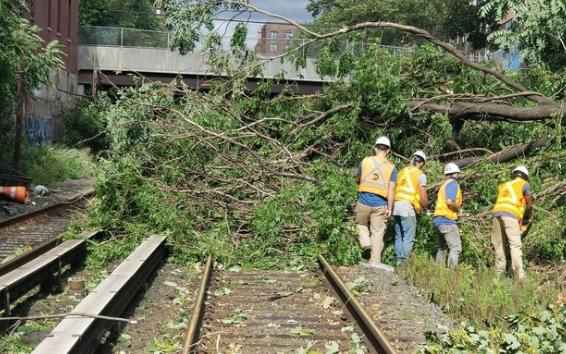 Crews were cleaning up debris left behind by Tropical Storm Isaias on Aug. 4.
MTA

Isaias was being difficult on Aug. 4. The tropical storm ripped upward along the East Coast and hit New York City transit particularly hard.

Gusting winds, some exceeding 70 mph, took out hundreds of trees, with several landing on New York City subway and commuter railroad tracks. The Metropolitan Transportation Authority had to shut down service to give crews the chance to clear the debris.

Crews were working throughout the night of Aug. 4 to get light-rail and subway transit up and running again.