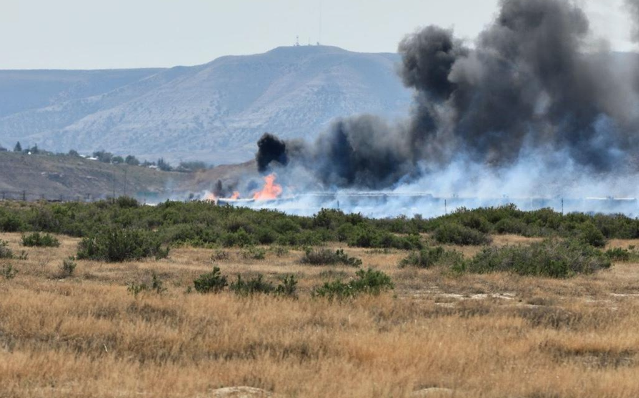 A train derailment in Rock Springs, Wyo., caused an explosion and injured two.

Sweetwater County Fire District No. 1 Fire Chief Scot Kitchner says about 30 rail cars were involved in the Union Pacific derailment. Original reports put the derailment at over 50 cars. Fire engulfed 10 of the railcars and there was an explosion while firefighters were trying to put out the blaze. The explosion is what injured the two deputies, both of which suffered second-degree burns. The train was pulling ethanol and alcohol, and Kitchner says a couple of cars were carrying a “plastic-type material” that created thick, black smoke.

The derailment happened on the afternoon of June 13, and first responders did not have it out until 3:30 the next morning. About 20 to 25 acres of Bureau of Land Management land burned.

An investigation team that includes members of the Federal Railroad Administration is out on the scene trying to determine the cause of the derailment.