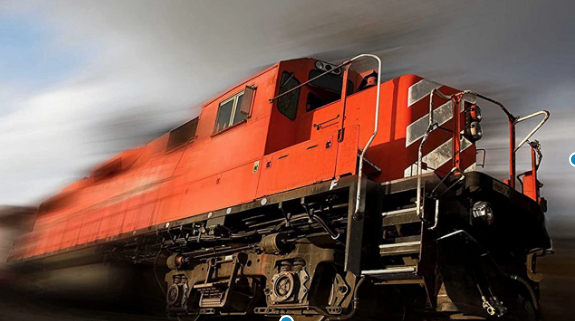 This continually updated staff report from the editors at Railway Age, Railway Track & Structures and International Railway Journal now shifts to the latest developments surrounding recovery from the COVID-19 pandemic, which in late April was beginning to show signs of slowing down, as some areas of the economy gradually reopen.

Beginning June 1, Amtrak is restoring Acela service on the Northeast Corridor on a modified schedule in response to anticipated increased demand. Modified service will include the restoration of three weekday Acela roundtrips. Northeast Regional frequencies will also be increased from eight to 10 roundtrips. “We are dedicated to doing everything possible to return service safely. We want everyone to feel comfortable as they navigate this new normal,” said Amtrak President and CEO Bill Flynn.

Canadian Pacific is donating $1 million to four North American charities working on the front lines to help people impacted by COVID-19. In Canada, CP will donate C$350,000 to The Frontline Fund and C$250,000 to Food Banks Canada. In the U.S., CP will donate US$250,000 to Feeding America and up to US$150,000 in matching funds to the American Red Cross.

Toronto’s Eglinton Crosstown light rail project is moving along swiftly. After the tunnel boring machines came back up to the surface and were removed, Metrolinx, the agency that coordinates and integrates all modes of public transportation in the GTHA (Greater Toronto Hamilton Area), released several videos showing project progress, as RT&S reports.

New York has long been known as the “City That Never Sleeps,” partly because its subway system has, with very few exceptions (Superstorm Sandy and 9/11 among them) continuously operated 24/7 since it opened in 1904. That will soon change, as the Metropolitan Transportation Authority(MTA) has announced that the system—plagued with homeless people who have turned it into a trash-strewn shelter—will shut down for four hours, between 1:00 and 5:00 a.m., every night, beginning in the early hours of Wednesday, May 6, for cleaning. As well, the MTA has instituted new rules implemented new rules to restrict those who have been camping on the system.

NJ TRANSIT: Beginning the week of May 4, COVID-19 testing will be available daily in East Rutherford, N.J., to all NJ Transit employees. Through an agreement with Agile Urgent Care and Accurate Diagnostics Lab, NJ Transit employees will be accepted for appointment-only testing at the site, which opened on April 13 and is currently geared toward first-responders and front line healthcare workers.

AMTRAK: The Federal Railroad Administration (FRA) is making more than $1 billion under the recently enacted Coronavirus Aid, Relief, and Economic Security (CARES) Act available to Amtrak. FRA will make or amend existing grants to Amtrak to provide approximately $1.02 billion: $492 million for the Northeast Corridor and $526 million for National Network Grants, as authorized by sections 11101(a) and 11101(b) of the FAST (Fixing America’s Surface Transportation) Act. At least $239 million of the CARES Act funds will help mitigate the cost of providing service on Amtrak’s 28 State-supported intercity passenger rail routes, where, under PRIIA (Passenger Rail Investment and Improvement Act of 2008), State governments are required to pay for ticket revenue shortfalls. These funds will be used in lieu of any increase in States’ payments.

AMERICAN PUBLIC TRANSPORTATION ASSOCIATION: Distribution of CARES Act funds for transit is rather complex. APTA, which took the lead in working with Congress on the bill’s transit provisions, provided an explanation to its members. The CARES Act includes $24.9 billion for public transit formula operating and capital grants to prevent, prepare for, and respond to COVID-19. It provides that the Federal Transit Administration (FTA) distribute the transit funds proportionally based on the ratio of funding of four specific programs: Urbanized Area Formula Grants (49 U.S.C. § 5307); Rural Area Formula Grants (49 U.S.C. § 5311); State-Of-Good-Repair (SOGR) formula grants (49 U.S.C. § 5337); and Growing/High-Density States Formula Grants (49 U.S.C. § 5340). It provides almost three times (280%) of the FY 2020 appropriations for each of these programs, and distributes the funds proportionally based on the ratio of funding for these formula programs in the FY 2020 apportionments. For further insight, as well as a perspective on how transit agencies are dealing with COVID-19 at ground level, listen to our Rail Group On Air podcast.

FEDERAL TRANSIT ADMINISTRATION: In response to COVID-19, the FTA announced that it will give transit agencies more time to meet the requirements of the Public Transportation Agency Safety Plan (PTASP) regulation. The PTASP regulation requires transit agencies to incorporate Safety Management System (SMS) policies and procedures as they develop safety plans to manage safety risks. The regulation set July 20, 2020 as the deadline for transit agencies to certify that they have established a compliant agency safety plan. However, with this announcement, FTA is alerting transit agencies that it will provide relief by refraining from taking any enforcement action until Dec. 31, 2020 against agencies that are unable to meet the July 20, 2020 deadline. More information about the PTASP requirement is available on FTA’s website, and further information about this announcement is available in the Notice of Enforcement Discretion.

SIEMENS MOBILITY is making donations totaling $150,000 to food banks in 10 cities across the U.S. “to support the friends, local heroes and communities where our employees live, work and play.” “We have all been impacted by the pandemic, and each community is working to manage through its challenges,” said Marc Buncher, CEO, Siemens Mobility in North America. “Now, more than ever, we need to unite and support our neighbors.” The donations will be given to 10 community food banks in Sacramento, Calif.; Newark, Del.; Jacksonville, Fla.; Atlanta, Ga.; Louisville, Ky.; Marion, Ky.; New York, N.Y.; Portland, Ore.; Pittsburgh, Penn.; and Austin, Tex.

One of three conditions imposed on Air France in exchange for a €7 billion coronavirus aid package is that it will stop competing with TGV high-speed rail services where HSR offers a viable alternative. The ban on short-haul domestic air travel will apply to routes where rail offers a journey time of 2.5 hours or less. This means Air France will no longer be able to sell tickets for domestic travel on flights between Paris and Bordeaux, Lyon, Nantes or Rennes. Only passengers using these flights to connect with flights to other destinations will be allowed to travel by air. “The plane should no longer be a means of transporting [people] in one hour or one hour 15 minutes, which could be done at lower cost of CO2 by train in two hours or two hours 30 minutes,” French Economic and Finance Minister Bruno Le Marie said. “This must be the rule, and we will enforce it.” Le Marie wants Air France to be more profitable, more competitive, and the most environmentally friendly airline. Air France will have to reduce its CO2 emissions per passenger-km by 50% of 2005 levels by 2030 and cut CO2 emissions on its short-haul flights by 50% by the end 2024. Air France will also have to reach a target of using 2% of its fuel from sustainable sources by 2025.

Messe Berlin has announced that InnoTrans will now be held on April 27-30, 2021 following its announcement on April 22 that it would not be possible to stage the exhibition on September 22-25 due to coronavirus restrictions. The Berlin Senate imposed a ban on staging large events, particularly trade fairs attracting more than 5,000 people, until Oct. 24, 2020, in order to prevent the spread of COVOD-19. Messe Berlin says that, in principle, stand allocations that were confirmed by April 21 will remain valid, but if changes are necessary, exhibitors will be notified in autumn 2020. However, this does not apply to the locations of rail vehicles on the outdoor display area, which may have to be changed. Exhibitors will have until May 11 to cancel their booking for the new date, and any down-payments of fees will be refunded without charge. Messe Berlin has set up a hotline telephone number for queries: +49 30 30 38 31 31. More information can be found on the InnoTrans website.

Britain’s Department for Transport (DfT) has switched all passenger rail franchises into management contracts for six months to prevent operators from becoming insolvent. All revenue and cost risk is being transferred to the government. Franchisees will continue to operate services in return for a fee, which will be set at a maximum of 2% of the cost base of each franchise before the coronavirus pandemic began. “The maximum fee attainable will be far less than recent profits earned by train operators,” says the DfT. “In the event that an operator does not wish to accept an emergency measures agreement, the government’s operator of last resort stands ready to step in. Allowing operators to enter insolvency would cause significantly more disruption to passengers and higher costs to the taxpayer. The management fee will allow operators to act in the national interest in tackling COVID-19.”