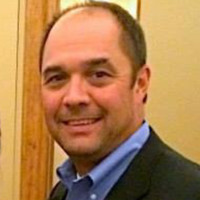 On September 24, 2019, Bryan Boehm, President Rail, Custom Truck One Source, and Troy Elbert, President, Herzog Services, Inc., were elected to the Railway Engineering-Maintenance Suppliers Association (REMSA) Board of Directors at the REMSA Annual Membership Meeting, which was held in conjunction with Railway Interchange 2019. Boehm and Elbert will begin their two-year terms on the Board of Directors beginning January 1, 2020.

Boehm was the Director of the Rail Division with Custom Truck & Equipment prior to his role as President at Custom One Truck Source. He holds his degree from The University of Kansas.

Elbert first began his career with Herzog as an ultrasonic, non-destructive rail technician in 1997. In 2013, he was named as 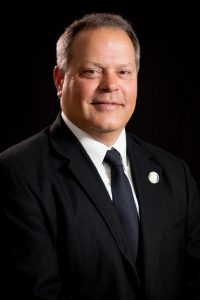 co-inventor on patents covering ultrasonic phased array inspection for railroads. Troy served as Assistant Vice President of Operations from 2010 to 2016, until he was promoted to President of Herzog Services, Inc. and Herzog Services of Canada, Ltd. Mr. Elbert earned a Bachelor of Science in Electrical Engineering from Missouri Western State University and is also American Society of Nondestructive Testing (ASNT) NDT Level III certified.

REMSA would also like to acknowledge George Pugh, President & COO, Knox Kershaw, Inc. who has served on the Board of Directors since 2014 and whose term will expire at the end of 2019.

“We are proud to announce the new leadership joining the REMSA Board of Directors. Both Mr. Boehm and Mr. Elbert are monumental forces in their companies and we look forward to seeing this leadership translate into their roles on the REMSA Board,” stated REMSA CEO/Executive Director David Tennent. “Additionally, we want to thank Mr. Pugh for his time and commitment to REMSA and trust Bryan and Troy will continue to build on the association’s positive momentum and growth.”