Initiative 976, which was approved by Washington State voters back in November, may not be constitutional, and it continues to be blocked by the courts.

King County Superior Court judge Marshall Ferguson was hearing arguments on Feb. 7 about the measure that puts a cap on car tabs at $30. Sound Transit uses funds generated by the car tab for its massive system expansion, and the $30 ceiling could be a huge setback to the endeavor. A number of cities sued in an effort to get Initiative 976 repealed. According to the state’s Office of Financial Management, state and local governments are set to lose $4 billion in revenue over the next six years if Initiative 976 is active.

Ferguson prevented I-976 from taking effect back in November because he believed the wording on the ballot was deceiving to voters. According to the language, Sound Transit’s light rail projects would survive. However, I-976 states that fees approved by voters in the future will be allowed, and local jurisdiction authority would be curtailed.

Ferguson is still trying to determine if I-976 is in line with the state constitution. The state Attorney General’s office believes it is, and also believes the language about I-976 on the ballot was enough for voters to make an intelligent decision. 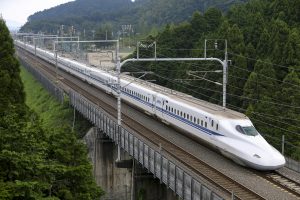