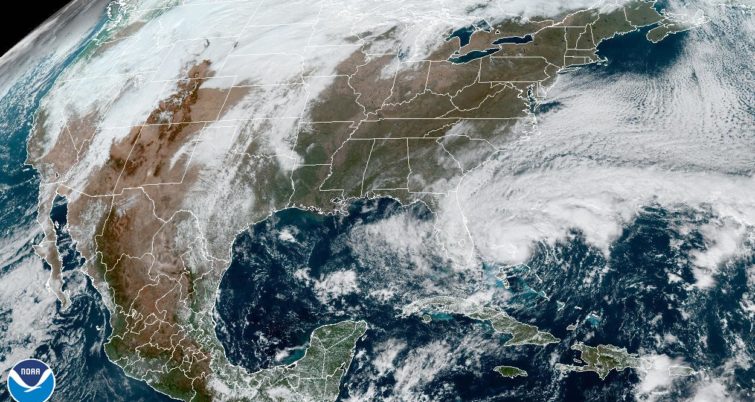 Although Hurricane Nicole was not as nasty as Hurricane Ian, it left a tremendous amount of destruction and suffering in Florida. CNN reported that at least five people were killed and scores of coastal homes were washed away by the storm.

Although CSX temporarily suspended rail service between Miami and Winston, Fla. east of Tampa, and secured railcars and other assets, no major damage was reported. The Seminole Gulf Railway, essentially destroyed by Hurricane Ian, did not suffer any additional damage. Other railroads prepared for Hurricane Nicole as outlined in our report on November 9, and no major damage has been reported to RT&S.

The state of Florida issued the following statement around cleanup and repairs on November 13:

“Yesterday, Governor Ron DeSantis announced the reopening of all sections of State Road (S.R.) A1A with the Florida Department of Transportation (FDOT) expediting emergency repairs in the wake of Hurricane Nicole. The storm significantly damaged parts of the scenic highway by washing out nearby dunes, eating into the shoulder across three counties. Crews began work on Thursday to restore the roadway using thousands of yards of fill material hauled by dozens of dump trucks to make it safe for vehicles. Once the damaged areas of the roadway were filled and stabilized, S.R. A1A was reopened to traffic to restore access in these communities.” More of Florida’s statement is available.