The California Department of Transportation (Caltrans) has released its latest draft plan for highway and rail improvements that will more safely, efficiently, and sustainably move people and goods between different regions in the state.

The Interregional Transportation Strategic Plan (ITSP), which is updated every five years, guides Caltrans and its partner agencies in developing innovative and cost-effective projects for interregional corridor improvement. The 2021 Draft ITSP is now available for review and public comment.

“Californians deserve a world-class transportation system that is safe, sustainable, equitable, and interconnected while fitting the unique needs of all areas in our state. We are requesting your input to help make that vision a reality,” said Caltrans Director Toks Omishakin.

Corridors in need of investment and improvement include the:

This region is the nation’s largest and most important freight gateway and corridor for international trade. The corridor connects southern California’s seaport gateways and the Inland Empire’s massive warehousing complexes to the rest of the U.S. via three interstate highways (I-10, I-15, and I-40) and parallel freight rail routes. The three heavily trafficked freeways provide direct connectivity to southern Nevada and Arizona. Critical to the growth of the economy, the region’s two Class 1 railroads also carry international and domestic cargo to and from distant parts of the country.

This corridor connects three of the nation’s largest container ports (Los Angeles, Long Beach, and Oakland) by both rail and highway to the rest of the county as well as transporting a variety of agricultural products from California’s largest agricultural region, the San Joaquin Valley, to local, regional, national, and international markets. The corridor includes a critical section of I-5 that traverses over the mountains known as “the Grapevine”—the most common route for automobile, truck, and bus to access the Greater Los Angeles Metropolitan Area.

This corridor is the main link between Mexico and the southernmost counties in the state through two separate connections that accommodate the flow of goods and people moving between the U.S. and Mexico. As the largest direct international links in the state, these connections are a critical hub for manufacturing and international trade. The corridor includes seven land Ports of Entry, which serve more than 154 million people and represent over $75 billion dollars in cross-border trade annually.

High priority improvements and strategies laid out in the draft plan include: 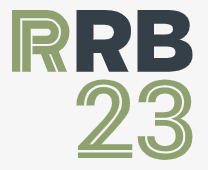