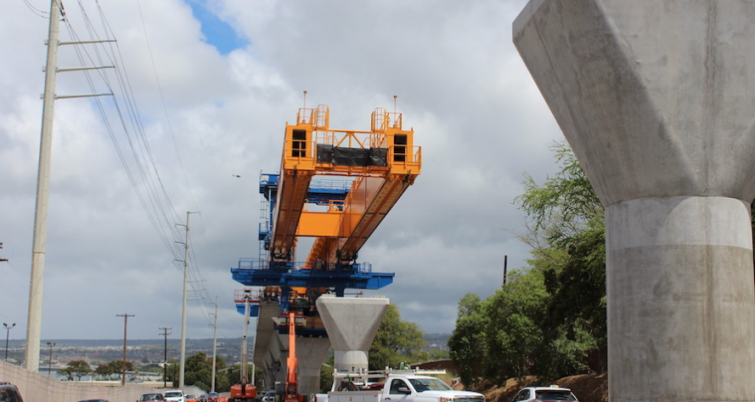 The troubled Honolulu light-rail line could end at Middle Street.

Middle Street could be the end street for the Honolulu Authority Rapid Transportation’s troubled light-rail line.

Board members discussed the possibility on April 23. The last stop of the route is supposed to be the Ala Moana Center, but it now might be shortened in an attempt to salvage a service that is hemorrhaging financially. HART has gone through some cost-cutting efforts recently, but it is still 80% short of a killer $3.5 billion deficit.

Board member Joe Uno thinks it makes sense to stop the line at Middle Street, stating the city could use the $3.5 billion on other infrastructure like roads and bridges.

Uno does not necessarily believes Honolulu will have to repay $800 million to the Federal Transit Administration if the light-rail project does not make it to the Ala Moana Center. However, he said even if that amount of money does need to be returned it is still better than searching for $3 billion.

Other board members expressed concern about finishing the line at Ala Moana, but the board has made it clear it is not ready to make such a decision.

Bad news, however, continued for the project. Tensioning wires were left to rust and corrode because they were not properly grouted in a timely manner. The new policy calls for grouting within two weeks of placement. The tendons run horizontally through the precast concrete segments. The contractor behind the construction will use acoustic monitoring technology to check the extent of the damage.