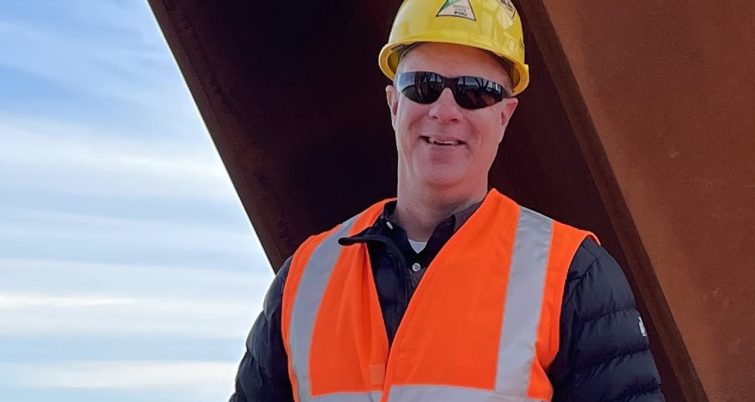 It should have been full-on Phoebe from the start.

A few years ago we welcomed a rescue dog into our home. A cross between a beagle and a yellow lab, Phoebe came fresh off the streets of Memphis, Tenn. She likes attention … constant attention. If she is not giving you a hint by licking your pant leg like it was a scoop of doggie ice cream, she’s ripping layers of skin off of your shin to get the amount of pets she is looking for … and I do not think we have found that magic number.

During the housing boom in our neighborhood over the summer, people would occasionally check out the empty lots behind our house. Those lots were worth a fortune to us. With no houses in view our eyes could rest on a picturesque retaining pond, and if there was an elementary school event we could monitor the fill-up rate of the parking lot to tell when it was time to take our children.

Then those people threatened to take “our” land. Every time a viewing would take place, we would release our loud bark-loving dog into our yard. The thought was all of the racket would decrease the value of the lots. There were three open lots, and now there are two … with a house popping up right smack dab in the middle. If only we used Phoebe at 100% power.

Residents in Garden City, N.Y., do not like what has popped up from the ground, either. The Long Island Rail Road Expansion Project is going on right in their back yards, and the recent placement of 90-ft-tall utility poles are not winning any homeowner awards.

Garden City Mayor Cosmo Veneziale and other officials were under the impression the poles would not bother anybody. Veneziale said the Metropolitan Transportation Authority (MTA) told him the designated placement area was on the north side of the tracks in an industrial area. Instead, they are now on the south side in a problem area. The MTA claimed it made no promises.

So, in return, the city is making no concessions when it comes to the construction of the Denton Avenue rail bridge. A work permit has not been granted because, according to Garden City, the proper documents were not provided. Furthermore, the MTA is being accused of not following the proper review process for the proposed redesign of the roadway underneath the bridge, which resulted in the utility pole-looza.

The New York State Supreme Court’s review process of this case has gone the MTA’s way. In early December, Supreme Court Justice Helen Voutsinas said the bridge replacement project could advance separate from the roadway redesign. Garden City is appealing the decision, which could take months.

The Long Island Rail Road (LIRR) has to move now, so in order to stay on schedule the agency is considering building a temporary bridge, which would then have to be demolished once the real bridge was finished. The extra cost is $50 million.

Utility poles aside (but still in the way of residents), the LIRR is investing millions of dollars to improve train service and vehicular traffic for many cities, which should be the golden ticket. Garden City is clearly barking up the wrong tree here, and no matter how deep officials dig in the bridge will be built the way it was supposed to be built, and for a few months there will be one ugly temp span.

You can’t tell a determined agency like the LIRR to heel.