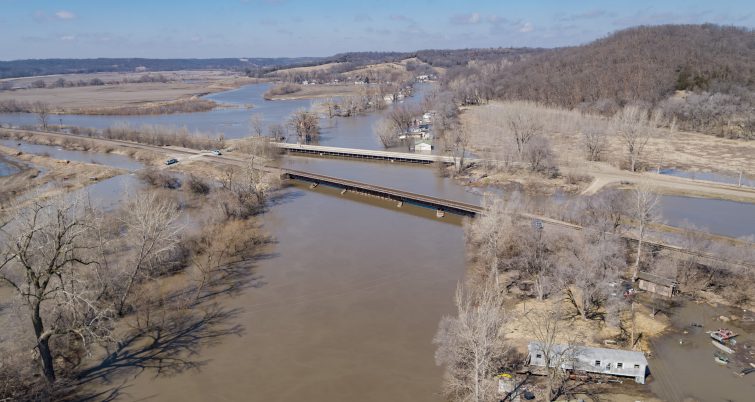 A regulatory change shook up the railroad bridge industry in 2010. Now technology is doing the same thing.

That’s when the the Federal Railroad Administration (FRA) published its long-awaited safety standards for railroad bridges in a document known as FRA 237.

“It really brought the industry forward into the 20th century,” said Kevin Halpin, the former manager of bridges and structures for CN, and now the owner of KRH Engineering LLC.

The result has been a surge in bridge work.

“There’s a lot of work out there,” said Mike Tweet, vice president of Koppers Railroad Structures. “More than there is funding. But that is pretty typical.”

Driving much of this work are the inspections mandated by FRA 237.

“Once a railroad has a bridge management plan in place and submitted to the FRA, it’s held accountable to that plan,” said Dave Peterson, marketing and program director at the University of Wisconsin-Madison ‘s program for engineering professional development. For example, the Union Pacific says that 95 percent of its bridges are inspected a minimum of twice annually by one of 29 specially-trained two-person bridge inspection teams. UP bridges that are less than 10 years old and have no defects are inspected once annually.

“If you say you’re going to inspect a particular bridge twice a year, then you are required to do so,” Peterson.

In addition, every railroad needs to have designated bridge engineers, inspectors and supervisors.

That requirement has led to strong demand for certifications and courses to get people up to speed in bridge skills. Peterson’s school, for example, offers a two-day course called “Fundamentals of Railway Bridge Engineering and Management.”

Roughly a third of students are consultants and contractors who see opportunity in providing bridge services, particularly to smaller railroads.

“The shortline industry has some pretty good darn engineers in track,” said Halpin, who sometimes teaches at Wisconsin-Madison, “but they often don’t know much about bridges.”

Contractors are also finding work as a result of FRA 237’s mandate that railroads know and report bridge capacity.

Koppers‘ Tweet says that railroads increasingly opt to increase capacity of steel bridges across their systems. “A riveted girder built a 100 years ago, was perfectly fine for the trains of that era, but now with heavier cars and locomotives, the bridges don’t have the needed capacity.”

Railroads see that they can “repair and strengthen and that it is much more economical than replacement,” Tweet said.

Such work isn’t complex for many bridges. “It’s as simple as adding more steel,” Tweet said. But in other cases, notably truss bridges, it can be “much more technically challenging to understand what components need to be strengthened and how to strengthen them.”

Complicating matters is that it often “all has to be done while the bridge is being used,” he said.

It’s unlikely that you could find anyone today who views FRA 237 as a bad idea. Moving the industry into the 20th century made a lot of sense as trains got bigger and heavier.

But now, less than a decade after the publication of FRA 237, the people who inspect, maintain and repair railroad bridges are using new forms of technology to move into the 21st century.

And this new technology falls into three general categories: see, feel, and touch.

Drones, of course, are the best known of the new tech. The use of unmanned aerial vehicles (UAVs) let’s inspectors easily “see” parts of a bridge that are otherwise difficult to view.

There are big cost and operational advantages for railroads that use drones. BNSF, for example, has invested heavily in drones, sources say. And no wonder. UAVs can be inexpensive. And there’s no need to schedule large blocks of track time to fly a drone.

But the emerging consensus in the bridge community is that drones just aren’t ready for prime time yet.

“I do think they are the future, but in my judgement they are not there yet,” Halpin said. “Working around a steel bridge their GPS and compass go haywire around that much steel. The pilot gets hesitant.”

Or as Halpin put it: “Good ole snooper trucks still do a very good job.”

Generally, the impact of such impacts is minimal.

“The bridge tends to win every time,” according to Walt Blesser II, PE, president of SENSR. But, on occasion, the bridge loses. And there’s a real danger involved when a significant bridge strike occurs and a railroad doesn’t know about it.

SENSR makes equipment that monitors bridges, records impacts, and reports back to the railroad in real time through an email-based system that color-codes the level of a strike. Green means a small, probably insignificant hit (think of a small panel truck scraping its roof under a bridge.) Red means a major hit (think of a barge slamming into a support.)

After a strike, railroads want to know “Is my bridge there and can I run a train across it,” Blesser said. “That’s the question we try to answer.”

The MTA’s Metro-North Railroad, which operates commuter trains in the suburbs on New York City, is a fan of the system.

“We use it in four locations now,” said Anamaria Bonilla, P.E., assistant chief engineer – Track and Structures, for Metro-North. “The monitors give us a guaranteed notification that the bridge moved in a certain way. The intensity of that signal is represented in the email notification. If it’s in the red zone, we call the Rail Traffic Controller right away.”

The power of such rapid notification can’t be underestimated. Prior to the development of monitors like those built by SENSR, railroads often just didn’t know a bridge had been stuck. Truck drivers, barge operators and local police often don’t report such incidents.

New versions of the bridge monitors that include videos and photos of a strike are expected to ship to customers this month.

“We want to get more monitors up at other locations and include a camera,” Bonilla said. “Then we will see not just the intensity (of the strike) but a small video clip. We can see if it’s just a panel truck that got wiped out or if it was a concrete truck that hit hard.”

Such instant knowledge might prove incrediblly valuable to freight railroads that operate in remote areas, Blesser noted. At present, when a railroad becomes aware of a bridge strike, there’s an obligation to hold traffic until safety can be assured.

As sensor technology has gained traction, the FRA is said to be open to allowing for remote releasing of trains after a strike. No longer would a railroad be obliged to send someone miles and miles and miles to estimate damage.

Not all of what can go wrong with a bridge happens quickly as the result of a strike, said the University of Wisconsin’s Peterson. Sometimes things sneak up on you.

“With railroad bridges, there are things that can look a certain way for year and years,” he said. “Then, all of a sudden, they may start deteriorating.”

“An inspector can be out there an iPad and look at pictures taken last year and compare it with something taken now,” Peterson said.

Many such programs are connected to other software systems, linking multiple data points and putting them in the hands of inspectors.

“It gathers information from our inspection apps and guides inspectors through each bridge,” she said. “It makes sure the inspector doesn’t miss anything and calls out fatigue prone details.”

The system has been so successful that the railroad is expanding it to include other infrastructure. Retaining walls are in the system now. Transmission towers will go in next.

“It’s a huge leap forward from when I first got here and everything was on Excel spreadsheets,” Bonilla said.

Such leaps forward are likely to continue. But no one seems to think that we are approaching an era of fully automated bridge inspection. At least so far, the 21st century of railroad bridges looks to be a machine-enhanced version of the past. Bonilla, Peterson, Halpin, Blesser and likely everyone else in railroading would tell you the industry needs technology that empowers engineers, not replaces them.

Or as Koppers’ Tweet put it, “bridges are unique. Working on them is an art form.”