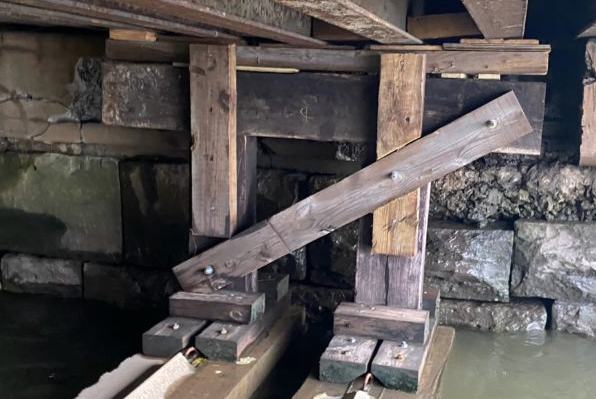 Officials in Dutchess County, N.Y., are wondering about the safety of a CSX rail bridge, and one is insisting the state do immediate inspections on all rail spans.

The Blue Point railroad bridge runs between Highland and Milton on the western shoreline of the Hudson River, and Executive Marc Molinaro said the span is sagging and has temporary supports that were placed last year. Molinaro wants an independent inspection of the bridge, claiming the structure carries CSX trains hauling petroleum products. He sent a letter to CSX and contacted the New York State Department of Transportation.

Riverkeeper, a group claimed to be New York’s clean water advocate, also is asking for a bridge inspection and has reached out to CSX. The group was surprised to see that the bridge was still jury rigged this spring. Riverkeeper believes “it is essential that the bridge be immediately inspected by an independent, state-appointed rail bridge engineer and repaired to 100 percent integrity as soon as possible.”

The state DOT said both CSX and the Federal Railroad Administration were contacted, and the plan is the structure will be replaced in 2022. In the meantime, train officials continue to monitor the span.

Molinaro said back in 2014 the state did a series of “blitzes” of rail infrastructure in response to public concerns over rail safety and crude oil transportation. Molinaro wants a second blitz focusing on just rail bridges.