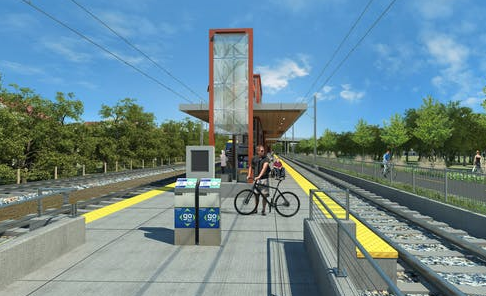 The Southwest light-rail project will now be under the state legislature microscope.
Metropolitan Council

The Southwest light-rail project in Minneapolis has caught the eyes of many the last few months.

Moving forward it will have the full attention of the state legislature.

Following the House, the Minnesota Senate approved legislation that would put the troubled Southwest light-rail project under the review of the Office of the Legislative Auditor. Minnesota Gov. Tim Walz is expected to sign the measure.

The bill, which includes $200,000 for the audit process, calls for the Metropolitan Council to provide status updates on the project twice annually to state lawmakers. A Senate amendment also would require the agency to report back to the legislature if the project is anticipated to by delayed by six months or more or if total costs increase by 5%.

Audit talks accelerated when the Met Council announced earlier this year that the 14.5-mile project that will connect Minneapolis to Eden Prairie would cost another $450 million to $550 million and service would not begin until 2027, four years later than the original completion date.

State Sen. Julia Coleman said the lack of transparency by the Metropolitan Council is unacceptable and the agency’s ongoing evasiveness to important questions is problematic.

The Met Council said in a statement it welcomed the audit so lawmakers can see the complexities of the project. Work has already begun with the Office of the Legislature Auditor.