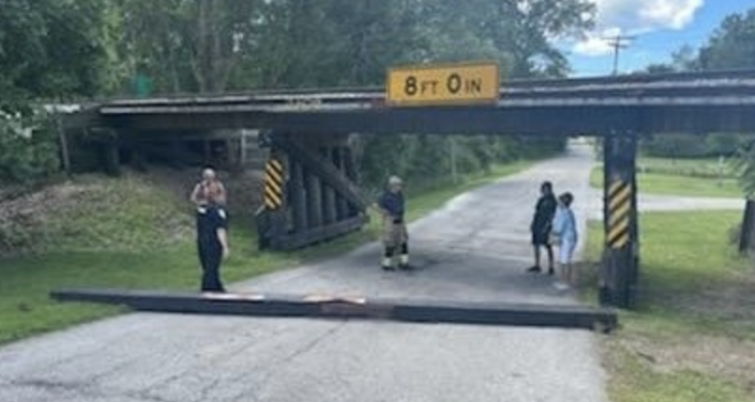 Trucks hitting the bottom of railroad bridges is nothing new, but a hit that completely dislodges a beam is a little bit out of the ordinary.

It happened in Vassar Township, Mich., on Aug. 11. At least that is what officials believe happened.

A large beam from the railroad bridge was blocking Grant Street where tracks cross overhead near Bourne Road. Firefighters believe the bridge suffered a hit from a vehicle, which led to the carnage on the road. The vertical clearance of the bridge is just 8 ft. Photos of the damage also show at least one other beam knocked off alignment.

Railroad officials have been inspecting the bridge and will open up the area to traffic when the structure is deemed safe.