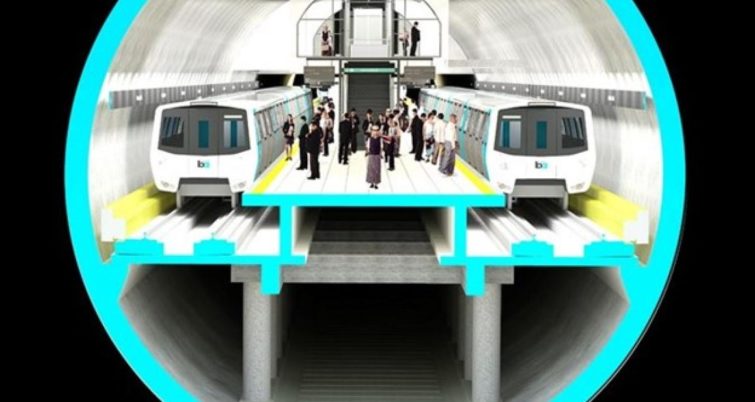 In 2017, engineers from several firms performed a study for a proposed joint venture between the Valley Transportation Authority and the Bay Area Rapid Transit (BART) system to determine if a single-bore or dual-bore tunneling process would be best for a six-mile extension into San Jose and Santa Clara.

The 2017 report said that the single bore tunnel would be the best option, and a recent independent peer review from other engineering firms, coordinated by the American Public Transportation Association (APTA) agrees.

“We are pleased that our design and engineering plans have received this important review and endorsement. This confirmation fuels us to push ahead with the most important transportation project in our region, bringing BART around the bay through Silicon Valley,” said VTA’s General Manager and CEO Carolyn Gonot.

The results shows VTA’s cutting edge tunneling methodology along with some of the proposed design innovations is deemed to be feasible, appropriate, safe, and efficient. You can read and download the report.

Single bore tunnels are increasingly being utilized for transit projects in Europe and Asia, with recent projects in Spain, France, Dubai, and the Netherlands.

According to the report, this single bore approach by VTA to build the vital BART extension will save construction time, reduce the station footprint and property needs, increase the potential for transit-oriented development, reduce disruption to city streets, neighborhoods, and businesses. The approach reduces many of the environmental impacts occurring during construction. In addition to losing the aforementioned benefits, changing to a twin bore tunnel project would cause significant schedule delays and cost increases.

The study included review of trade-offs between the single bore and twin bore designs related to safety, passenger experience, cost, and schedule. It was informed by extensive project documents and past studies, recent global tunneling projects, and a key proposed innovation from Kiewit Shea Traylor, the joint venture contractor for the tunnel and trackwork.

This peer review provided VTA with expert advice, confirmation of industry best practices, and a recommendation from highly experienced and respected transit professionals.

APTA was engaged to coordinate an independent review of the project’s tunneling method as part of a design review request from VTA Board member and San Jose Mayor Sam Liccardo, approved in May by the VTA Board of Directors.  The findings of a previous independent comparative analysis of both tunneling methods in 2017 helped lead to the single bore approach and current concept.