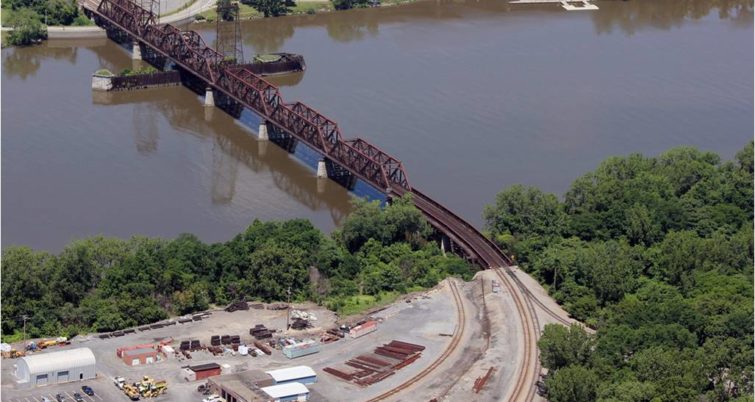 The FRA’s decision enables the State Department of Transportation to advance the final design for a new Hudson River crossing, which officials hope to break ground on by the end of 2023. The replacement project is expected to improve rail travel throughout the Empire Corridor, better serve maritime traffic and provide pedestrians and bicyclists with a shared-use path.

“The antiquated Livingston Avenue Bridge has caused hardship for rail travelers in New York and throughout the Northeast for far too long,” Gov. Hochul said. “Replacing this relic of the 19th Century is a signature part of our commitment to modernizing New York’s infrastructure and I commend the Federal Railroad Administration for completing review of this project swiftly, which will not only benefit people who ride the rails but also bicyclists and pedestrians.”

The Empire Corridor accommodates passenger rail service between New York City and Niagara Falls with stops in Poughkeepsie, Rhinecliff, Hudson, Rensselaer, Schenectady, Amsterdam, Utica, Syracuse, Rochester, and Buffalo. The Livingston Avenue Bridge is located on the Hudson Line Section of the Empire Corridor and serves as the only upstate passenger rail crossing of the Hudson River, according to NYSDOT.

Issuance of the “Finding of No Significant Impact” by the FRA concludes the federal environmental review process, allows NYSDOT to complete the review initiated under New York’s State Environmental Quality Review Act, and move forward with final design and construction.

The Livingston Avenue Railroad Bridge, built over the Hudson River in the 19th century, connects Rensselaer and Albany by rail and provides passenger rail service from New York City to Western New York.

Owned by CSX and leased to Amtrak, the state of the current structure limits trains crossing to one at a time at speeds of 15 mph. The new bridge will accommodate improved passenger service and enhanced access to the Albany and Rensselaer waterfronts.

The existing structure’s movable swing bridge would be replaced with a new lift-type bridge, bringing the structure up to modern standards for height, width and speeds for passenger and freight trains, NYSDOT said in a release.

The new bridge is planned located south of the existing bridge on a parallel alignment and would carry two railroad tracks. The approach track work will include improvements to the triangular junction of rail tracks on the Rensselaer side to facilitate train turning movements and the reconfiguration of the rail bridges over Water and Centre Streets on the Albany side.

Completion of the bridge replacement is expected by the end of 2026, according to a news release.

“Replacement of The Livingston Avenue Bridge will be a historic achievement that will improve passenger and freight rail service across the Northeast and demonstrate, yet again, that no state is doing more to rebuild its critical infrastructure in ways that benefit communities big and small than New York State under the leadership of Governor Hochul,” said New York Department of Transportation Commissioner Marie Therese Dominguez.