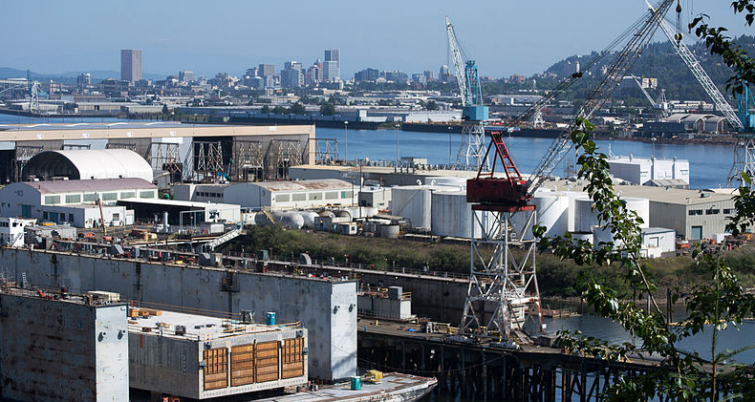 Both FedEx and UPS move freight in and out of Swan Island, so fixing a damaged bridge is critical.

A remote-controlled derailment in Portland, Ore., still has control over commuter traffic coming to and from Swan Island. Crews are still making repairs to the bridge that carries, when healthy, six lanes of traffic. It is the only link to Swan Island, and is used by Daimler, UPS and FedEx.

After the derailment happened on Sept. 7, the bridge was reduced to just two open lanes. A third lane opened about a week after the accident, which involved a remote-controlled train that derailed and struck concrete columns in the Albina Yard. The goal is to have a fourth lane open by Thanksgiving. However, the bridge, which carries about 35,000 vehicles daily, will not be back to full capacity until next spring.

The city of Portland OK’d an emergency $1 million contract for the repair and stabilization work as well as a permanent fix. Contractor Cascade Bridge won the bid and will now be working at night to get the fourth lane open in time.

The cause of the derailment is still under investigation. Some say a broken track may have contributed to the accident.

The city of Portland does not believe the $1 million is enough to cover the total cost of repair, and will look to Union Pacific to chip in on the costs associated with the damage to the bridge as well as traffic disruption.