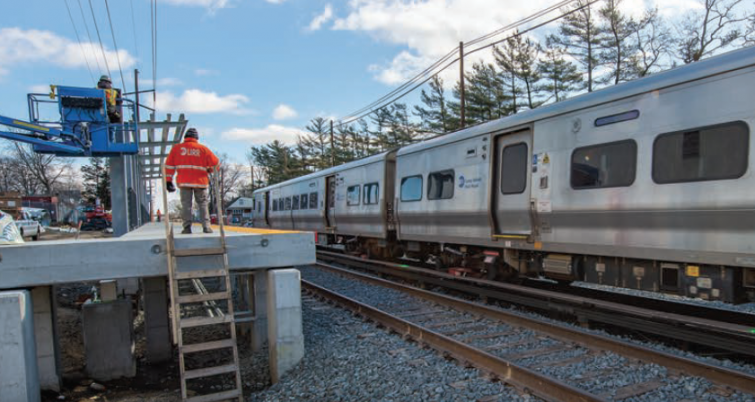 An ironworker involved in the Long Island Rail Road’s (LIRR) third track expansion project was electrocuted on March 14 and is in critical condition.

The accident happened during the erection of a pedestrian bridge at the Mineola station. A crane that was being used for the construction hit a high-voltage line, injuring the worker.

In an email, Metropolitan Transportation Authority (MTA) Construction and Development President Janno Lieber said the contact with the high voltage line created an arc to the bridge that seriously injured a female ironworker who was on the structure at the time.

All work at the site has been stopped and the MTA has launched an investigation.

Anthony Simon, head of the ironworkers union, sent a letter to MTA on March 14 requesting the work stoppage to ensure adequate safety practices and a disclosure of any recent incident involving third-party contractors. According to Simon, there have been several problems with third-party contractors on the LIRR job.