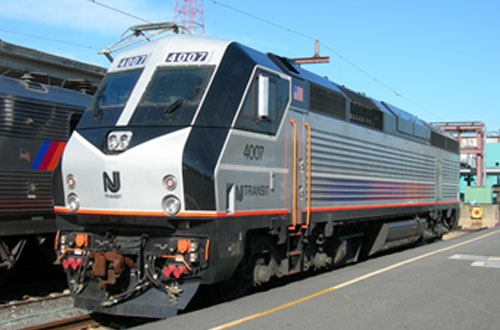 New Jersey Transit (NJT) has adopted a Fiscal Year 2018 budget of $3.6 billion "that supports continued investments in infrastructure and equipment to maintain the system in a state of good repair and enhance the overall customer experience."

The budget allocates $2.22 billion for operating and $1.38 billion for the agency’s capital program.

Almost half of the revenue in the FY 2018 operating budget comes from passenger revenue ($1.01 billion), supported by a state and federal program reimbursements ($947.7 million), with the balance from a combination of commercial revenues ($115.2 million) and state operating assistance ($140.9 million). This budget reflects an increase in state and federal reimbursements, which NJT says will enable it to meet projected expenses this fiscal year. Approximately 61 percent of the operating budget is dedicated to labor and fringe benefits costs. Other significant expenses include materials and supplies and purchased transportation, 25 percent of the budget. Overall passenger revenue and commercial revenue represent approximately 51% of total revenue.

NJT Executive Director Steven H. Santoro said the budget is “balanced” and “reflects a laser-like look at individual business lines in order to maximize efficiencies and maintain a safe transportation system. As transit professionals, we owe our customers and stakeholders a solid plan that has the least impact on our riders. After much hard work, I am confident we delivered on that.”