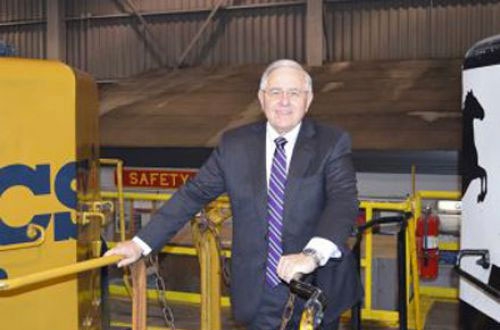 The U.S. Senate Committee on Science, Commerce and Transportation on Aug. 2 favorably recommended, by voice vote, the appointment of Ronald L. Batory as the next Federal Railroad Administrator.

Batory’s nomination now goes to the full Senate, where he is likely to be confirmed as FRA Administrator by a voice vote. When that vote will take place is unknown, as the Senate is due to recess for a summer break shortly following an extended session called for by Majority Leader Mitch McConnell (R-Ky.).

“The American Short Line and Regional Railroad Association congratulates Ron Batory in the successful confirmation vote from the Senate Commerce Committee,” said ASLRRA President Linda Bauer Darr. “We look forward to his full confirmation as quickly as possible. Mr. Batory is a safety professional that will lead the FRA in a reasoned path towards rail safety assurance. He understands the needs and challenges of small business railroads as well as the larger regional railroads.”