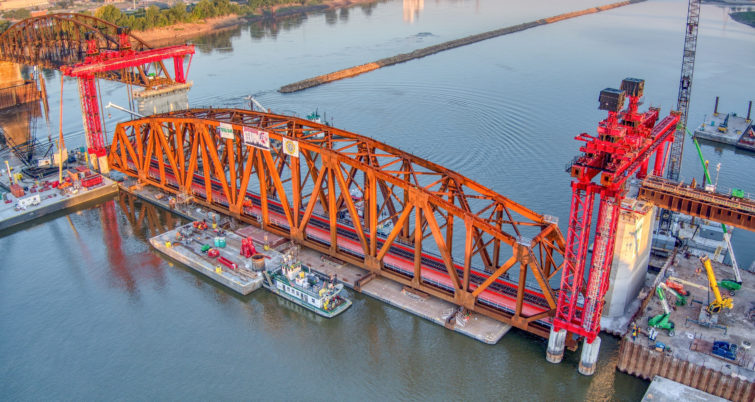 The city of St. Louis and the Terminal Railroad Association of St. Louis (TRRA) celebrated the opening of the new Merchants Bridge.

The bridge is a vital link for St. Louis to the nation’s rail system, serving Amtrak and six Class 1 freight railroads. The project took four years and $222 million to complete.

Prior to the reconstruction work, the first bridge had reached a state of disrepair that threatened its ability to keep St. Louis as one of the top rail gateways to the west. The original bridge was replaced, and the capacity was doubled.

Asim Raza, the chief legal officer for the TRRA, said, “In our 133-year history, TRRA had never previously built a bridge, but we were looking to the future and the growth in freight volumes expected in the next 30 years and knew that replacing the Merchants Bridge and adding the needed capacity would be essential for us to capture some of that increased volume and solidify the region’s positioning as global freight hub.”

The general contractor for the bridge work was Walsh Construction.