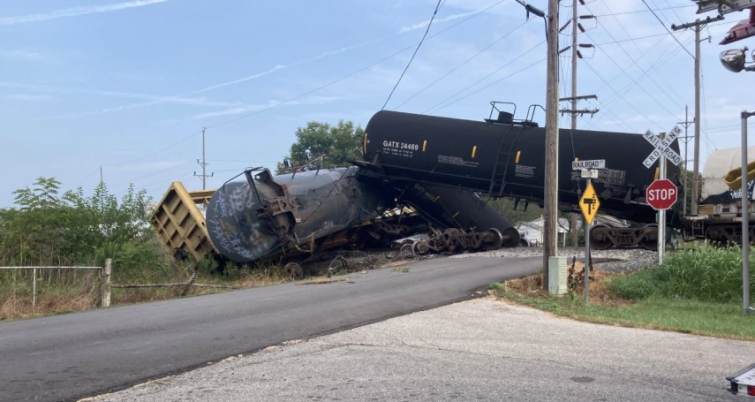 A CSX train has derailed in Shelby County, Ind., and officials are still trying to clean up the scene.

The accident happened the morning of Aug. 19 between S.R. 9 and S.R. 52 in Fountaintown. No injuries have been reported, but residents were evacuated as a precautionary measure.

The train was pulling about 80 cars, and 14 left the track. According to CSX, six of those cars were empty, while the other eight were carrying mixed freight that included cooking oil and plastic pellets. A Hazmat team was at the site.

CSX does not know what caused the accident, but the Class 1 said 100 ft of rail was pushed off the ground. The railcars also impacted several power lines, which caused a disruption in the surrounding area. The track should be back in service in a couple of days.

RT&S will provide updates of this accident if and when they become available.