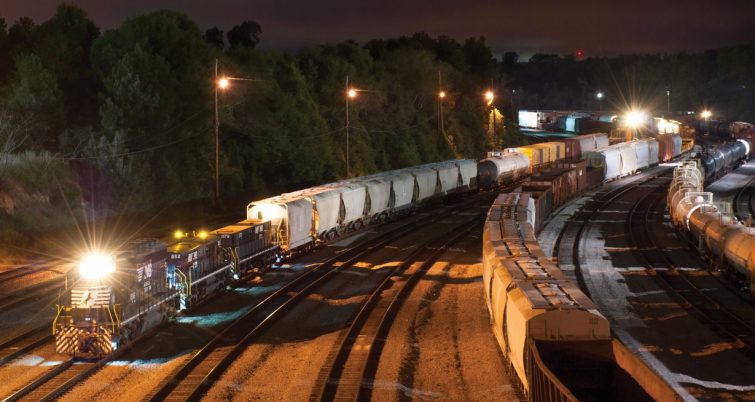 Despite record-setting second quarter growth by some Class 1 companies, employee numbers continue to drop in the railroad industry.

CSX says it came in under second quarter revenue projections, and in the recent job count report less are working on the rails. The number of people employed by the Class 1s in the U.S. was down 4 percent in June to 141,000.

The news comes as other job sectors are thriving due to a strong economy. Union Pacific intends to cut payrolls by 10 percent in 2019 even though it just reported record-breaking second quarter earnings. CSX has 5 percent less employees in June following a 14 percent cut last year, and executives see another 2.5 percent reduction between July and 2020. Norfolk Southern is expecting to delete more than 500 positions in the coming months.

Some say precision schedule railroading is partly to blame for the labor reduction. While testifying before Congress in June, the President of the Brotherhood of Locomotive Engineers and Trainmen union Dennis Pierce blamed Class 1 companies for slashing positions and enjoying multibillion profits.

Union Pacific CEO Lance Fritz says technology has allowed many of the railroad companies to take the human element out of the equation and cut the fat in terms of operations. Over the last few months, UP has reduced operations at two rail yards in Illinois and one in Texas and has stored 2,150 locomotives.