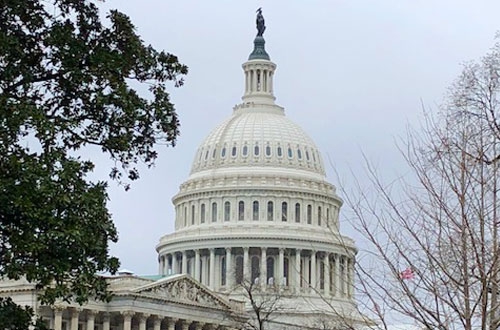 The infrastructure needs and value brought by the shortline railroads in the United States were the topic of testimony given at two Congressional hearings this week.

She noted several federal funding options that could benefit smaller railroads including the success of the Transportation Investment Generating Economic Recovery program and explained that ASLRRA would be supportive of expanding the Infrastructure for Rebuilding America grant program with a suggestion to increase the small project component, as well as a removal of non-highway spending limits. Strang also touched on the potential the Consolidated Rail Infrastructure and Safety Improvement grants could hold for shortlines and explained that the Railroad Rehabilitation & Improvement Financing loan program could yield results, but only with changes to address the small business nature of shortlines.

Strang touched on the importance of the shortline tax credit, also known as 45G, which allows shortline railroads to claim a credit for infrastructure work performed.

Strang’s testimony was before the U.S. Senate Committee on Commerce, Science, and Transportation’s Subcommittee on Surface Transportation and Merchant Marine Infrastructure, Safety and Security, where she urged subcommittee members to bring the shortline tax credit message to their Senate colleagues as the subject of infrastructure is addressed.

“The credit has been a major factor in maximizing infrastructure investment, both by the short lines and by their shippers that are the beneficiaries of the improvements. It is simple to administer, it targets the money on the projects that yield the highest benefit, and it makes railroads safer. We believe making the credit permanent is the most important thing Congress can do to help short line railroads rebuild and improve their portion of America’s infrastructure,” said Strang.

On March 14, on the opposite side of the Hill, ASLRRA Chair and President of Framrail Judy Petry took up a similar message in her testimony before the House Ways and Means Tax Policy Subcommittee.

“Using Farmrail as an example, over the last five years we have invested $34 million in infrastructure improvements of which $7.7 million was made possible by the credit,” said Petry. “The credit also incentivizes shippers to increase investment. In South Dakota, for example, the improvements made by the 670-mile Rapid City Pierre & Eastern Railroad since 2014 have already attracted over $311 million in new facility investments by local companies. Shippers invest in their facilities once they are convinced that their short line is a reliable connection to the national rail network, and the tax credit helps make that a reality.”

Petry also explained that even with the recent improvements to the tax code, there is still a strong need for the support provided by the 45G credit.

“While 100-percent expensing will help support capital investment in other industries, it does not serve as a substitute for 45G due to long-standing IRS rules about railroad expensing. And the nature of our industry – serving customers who ship small volumes combined with heavy capital investment requirements – leaves much of our industry with insufficient tax obligations to meaningfully benefit from a lower corporate tax rate,” noted Petry.

The tax credit has been extended six times since 2004 with the most recent extension expiring at the end of 2017. There are currently House and Senate bills (H.R. 721 and S. 407) that would permanently extend the tax credit.

The tax credit was also one of three talking points the rail industry took to elected officials during a record-breaking Railroad Day on Capitol Hill on March 7.