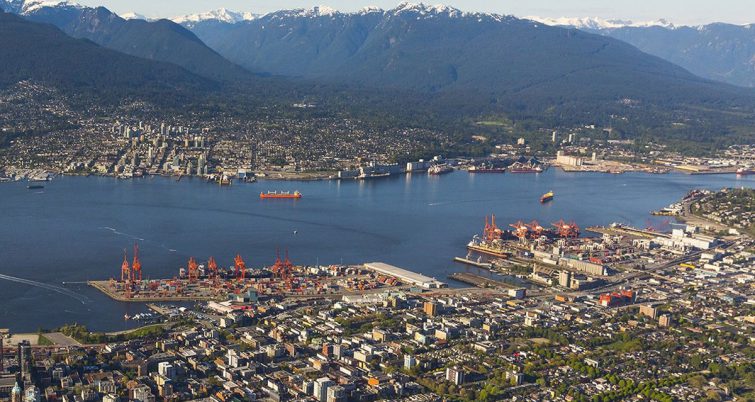 The government of Canada, through the National Trade Corridors Fund, is granting CA$167 million (US$128.46 million) for three projects at the Port of Vancouver in British Columbia.

The funding will be applied to three projects that Transport Canada says will help the country’s businesses compete globally by making improvements to port infrastructure and by increasing the capacity of the rail infrastructure that serves the south shore port area, ensuring goods move efficiently to market.

The first two projects are led by the Vancouver Fraser Port Authority, with investment from Canadian National Railway and Canadian Pacific Railway and include:

The third project led by Canadian National, with investment from the Vancouver Fraser Port Authority, involves designing and building a 4.2-km (2.61-mile) secondary track, parallel to the existing Burrard Inlet line, in the city of Vancouver. Transport Canada noted that the increased rail capacity will support the flow of goods through the south shore port area, as trade volumes continue to grow.

“We applaud the government of Canada’s actions to expand Canada’s key trade corridors and make them more reliable. We welcome this investment in trade-enabling infrastructure,” said JJ Ruest, interim president and chief executive officer at CN. “These investments signal Canada’s commitment to trade with Asian economies.”

CN plans in invest approximately CA$340 million (US$263 million) into its British Columbia network as part of its 2018 capital program.