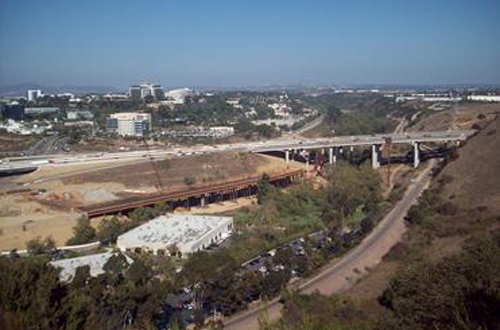 “Building on Amtrak’s recent completion of two miles of double tracking in Carlsbad, we will have three new miles of double track completed in three years, which will help reduce travel time and accommodate the growing demand for passenger and freight services in the region’s North Coast Corridor,” SANDAG Chairman and Encinitas Mayor Jerome Stocks said.

The project is the first of two phases of construction that will help speed passenger and freight rail services by straightening the slowest, steepest and highest curve territories of any segment on the LOSSAN corridor. Phase 1 of Sorrento to Miramar double track will provide 1.1 miles of second track, parallel to the existing track, south of Sorrento Valley Boulevard to east of Interstate 805 (I-805) in the Golden Triangle. A wooden trestle bridge built in the early 1940s also will be replaced, retaining walls will be added and a new track crossover will be installed south of Sorrento Valley Boulevard.

The project’s second phase, now in design and environmental review, will add another 2.1 miles of double track and straighten the curves of the existing track as the rail line climbs toward Miramar Road. The current stretch of single track between Sorrento Valley and Miramar Road causes a bottleneck to rail traffic. Due to the sharp curves and steep grade, train speed is restricted to 25 miles per hour. The planned work will improve schedule reliability by increasing train speeds and allowing passenger and freight trains traveling in opposite directions to pass each other. More than 50 trains a day operate on the Sorrento Valley segment of the LOSSAN corridor.

Phase 1 is estimated to cost $43 million, $29 million of which comes from TransNet, the regional half-cent sales tax for transportation. Construction is expected to wrap up by the end of 2013. SANDAG will design and build the two phases in collaboration with the Metropolitan Transit System, which owns the rail line south of Del Mar and the North County Transit District, which manages, maintains and operates the track. FLATIRON West and H&H Engineering Construction, Inc., will serve as the joint-venture contractor for Phase 1.

To date, half of the county’s LOSSAN rail corridor is already double tracked. Another 11 miles are expected to be added over the next five years.

Over the next two decades, SANDAG plans to invest approximately $800 million in the county’s portion of LOSSAN to increase capacity and ensure reliability and safety of intercity, commuter and freight rail services. 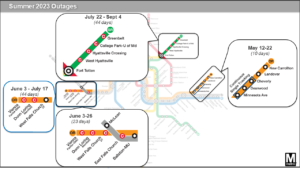 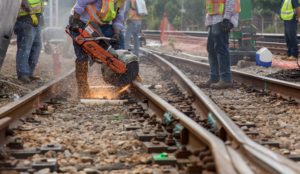