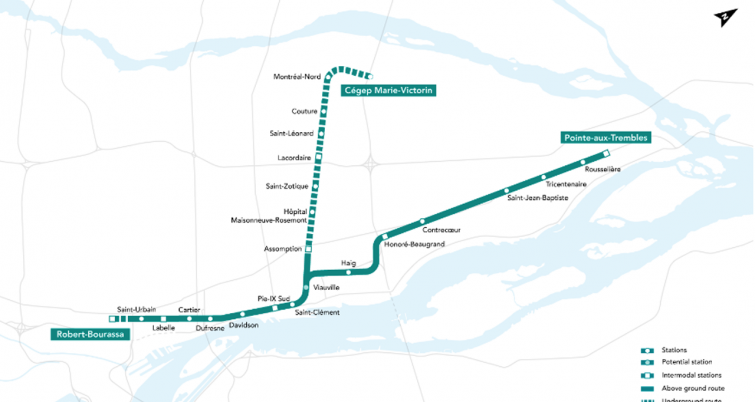 The REM de l’Est light-rail project will be 32 km and cost $10 billion.

With upcoming elections come promises, and in the case of Montreal city council candidate Valerie Plante, promises come at a price she’s willing to pursue.

Plante said if she was elected her party, Projet Montreal, would work to invest $500 million in the REM de l’Est light-rail project so the city would have more input in the construction.

CDPQ Infra, which is the private consortium in charge of the project, wants to build a portion of the $10 billion, 32-km route above ground. Citizens and officials believe building tracks on top of piers would be an eyesore and divide neighborhoods.

The city, which is expected to provide $200 million for the first REM light-rail line, continues to insist that more of phase two be built underground. There has been a call for the formation of an advisory committee to oversee the integration of the second project.

Current plans call for just about 9 km of the line to be underground, which means the eastern and northern sections of Montreal would be cut in two by the elevated portion.

CDPQ Infra believes more underground work would be extremely difficult due to the risk of damage to metro and sewage lines.