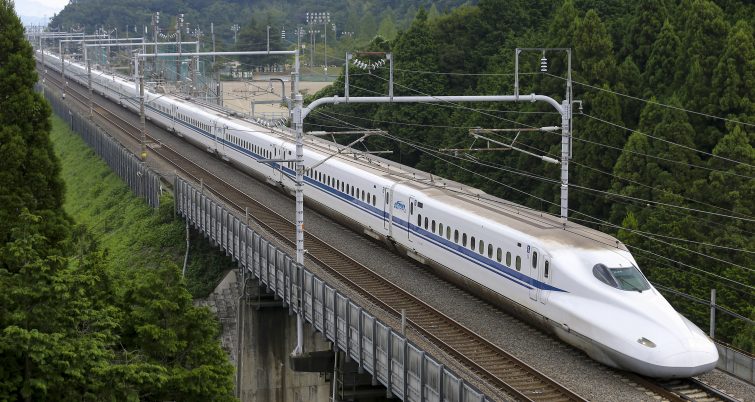 The U.S. DOT’s Federal Railroad Administration (FRA) has released the final Rule of Particular Applicability (RPA) and the Record of Decision (ROD) for Texas Central Railroad, LLC, marking a major achievement for the historic high-speed rail project and bringing it closer to construction.

The RPA provides the regulatory framework for Texas Central Railroad, establishing a comprehensive set of safety requirements that will govern the high-speed rail system’s signal and trainset control, track, rolling stock, operating rules and practices, system qualifications, and maintenance. This RPA is based on a systems approach to safety, which incorporates accident avoidance measures that are significantly more stringent than those required for conventional U.S. rail operations.

The system Texas Central Railroad proposes to build in Texas will replicate the service-proven Japanese Tokaido Shinkansen high-speed rail system, as operated by the Central Japan Railway Company (JRC). Texas Central chose this system because of its reputation as being one of the safest and most punctual train systems in the world. In its 55+-year history, it has transported over 10 billion passengers with a safety record of zero operational passenger fatalities and zero accidents since first deployed.

As noted by the FRA, “this regulation was written specifically for this technology to maintain the integrity of the baseline safety case” of JRC’s Tokaido Shinkansen and establishes “regulatory requirements codifying the service-proven technological, operational, and maintenance aspects of the Tokaido Shinkansen HSR system.”

The ROD completes the FRA’s environmental review process that began in 2014 as required by the National Environmental Policy Act (NEPA) and culminated with the publication of the 10,000+ page Final Environmental Impact Statement (FEIS) that was released on May 29, 2020. The ROD also formally selects the alignment that Texas Central Railroad will follow between Dallas and Houston. The full ROD/RPA will be published in the Federal Register soon. The alignment selected by FRA is referred to as Build Alternative A in the ROD.

“This is the moment we have been working towards,” said Carlos Aguilar, CEO of Texas Central Railroad. “The release of the final RPA and ROD by the Federal Railroad Administration represents years of work by countless individuals, affirming a very thorough and careful federal regulatory process that will make the Texas Central Railroad the first high-speed rail system to be implemented in the United States.”