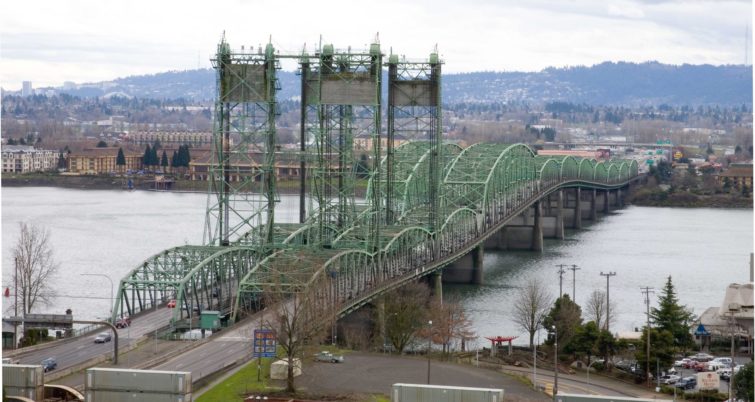 The new I-5 bridge would replace the existing one that does not carry light rail.

Portland light rail was the reason why plans for a new I-5 bridge connecting the state of Washington and Oregon failed years ago.

On April 21, the terminator was let back in the yard.

The Executive Steering Group approved an option that includes light rail for the current new I-5 crossing, and Vancouver Mayor Anne McEnerny-Ogle was quick to endorse the move. Both options currently on the table for the bridge replacement now include light-rail service.

“For years, C-Tran [Washington’s transit service] has provided the sole cross-state transit service from Vancouver to downtown Portland,” she said in a statement. “Integrating C-Tran’s express bus service across state lines with light rail across the river will create a complementary, yet not duplicative, option for transit users.

Officials from the state of Washington have been denying Portland light-rail service into Vancouver for years, and some were hoping I-5 bridge plans would include bus rapid transit instead of rail. Washington has already approved $1 billion for the project, while Oregon has yet to move through any funding.