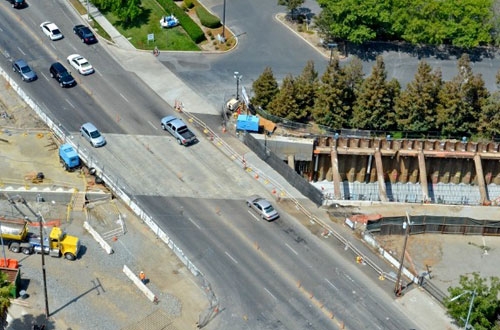 The opening of Hostetter Road marks the first completed road crossing in the San Jose portion of the project where the future BART system will run in trench below the roadway. Following the full opening of Hostetter Road, construction will continue beneath the road to prepare the trench for BART tracks. In the winter of 2014-2015, construction will move to the next major road crossing for the BART corridor, the intersection of Sierra Road and Lundy Avenue, which will be fully closed for approximately nine months during major construction activities.

The opening of Hostetter Road falls in a succession of milestones already achieved on the largest infrastructure improvement in SCVTA and Silicon Valley history. To date, SCVTA has made significant progress at both the Berryessa and Milpitas station areas and completed construction of a crossing above Warren Avenue in Fremont. The project remains on schedule with passenger service anticipated to begin late 2017.