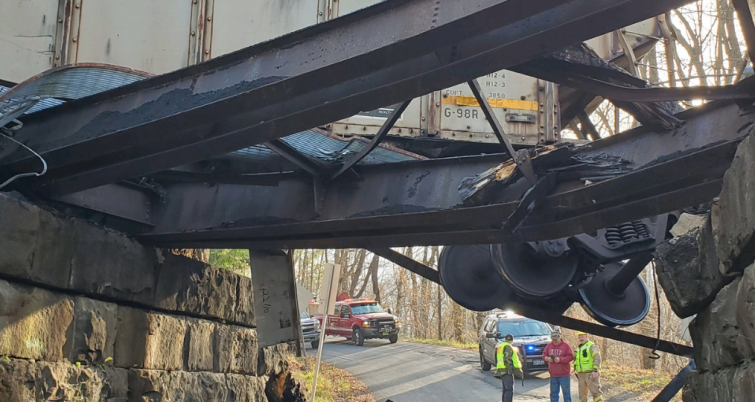 Authorities are trying to figure out what happened first, the bridge collapse or the train derailment.

A train has derailed and a bridge has collapsed in Indiana County, Pa. Rail traffic has been stopped and vehicular traffic is being detoured. The accident happened the morning of Nov. 25 on the Cherryhill and Green townships border near Clymer, Pa.

A Norfolk Southern train was carrying coal to a power plant in Clymer. The train makes the trip daily. Railcars are tangled where the bridge collapse occurred. Authorities are trying to figure out which happened first, the derailment or the bridge failure.

Five railcars left the track, and debris was spilled on Wandin and Pine Flats roads.

KDKA is reporting someone was traveling underneath the bridge when it collapsed, but no injuries have been reported.