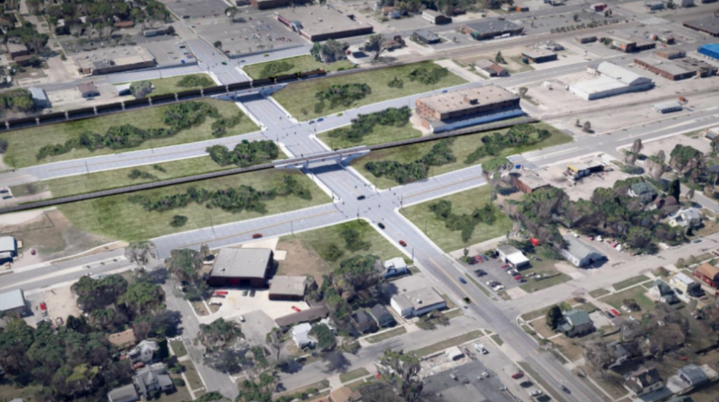 A citizen panel will help with design elements of the 11th Street underpass in Moorhead, Minn.
File photo

A panel of residents has been formed to work with city officials and the Minnesota Department of Transportation (MnDOT) on design options for the 11th Street railroad underpass in Moorhead, Minn.

The underpass was ranked No. 1 on MnDOT’s list of railroad safety projects, and will go underneath two rail lines on 11th Street. Already underway is a rail underpass project on Main Avenue, which is to the east of 11th Street. That project is expected to cost $52 million. Preliminary estimates puts the 11th Street project at $85 million. The Minnesota Legislature passed a $110 million rail safety bonding appropriation, and $62 million will be used for the 11th Street underpass. The city of Moorhead, Clay County and BNSF also will help fund the effort.

One design element being discussed is having businesses built into the 11th Street underpass. The resident panel also will weigh in on landscaping and wall designs, among other things. Officials also want the panel to consider walkability, biking and accessibility for people with disabilities.

The project is expected to get underway in 2023 or early 2024, and the citizen design team is expected to meet every other month for about a year to 18 months to suggest and consider design elements.