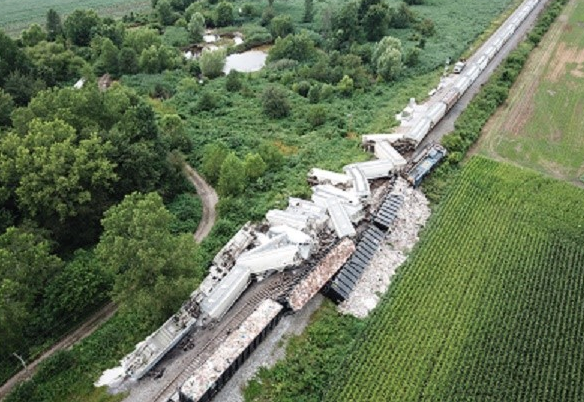 The NTSB used an Ohio train collision to again stress the need for cameras to monitor crew movements.
NTSB

The National Transportation Safety Board is once again calling for federal railroad regulators to mandate the use of inward- and outward-facing cameras on train locomotives after investigating an Ohio collision between two CSX trains.

The reiteration of its 2010 camera recommendations came after the board completed its investigation into the Aug. 12, 2019, train collision and derailment near Carey, Ohio. The NTSB investigation found that the westbound train’s engineer was impaired by his use of alcohol at the time of the accident. Although post-accident testing showed the presence of marijuana in his system, NTSB investigators could not determine if his use caused any further impairment. Image and sound recordings would have provided investigators and railroad officials more details about the events leading to the accident.

“Here we are, after yet another train collision, once again calling on the Federal Railroad Administration to mandate inward-facing image recorders to verify that train crews are operating in accordance with safety rules and procedures,” said NTSB Chairman Robert Sumwalt. “A locomotive cab is a safety-critical workplace that needs to be treated as such.”

The NTSB first called for robust image recorders after a 2008 train collision in Chatsworth, Calif., that killed 25 people and injured 102. The board found that the Chatsworth engineer had been distracted by text messages he was sending while on duty. In the decade since the recommendation was issued, the NTSB has reiterated its camera recommendations following six other major railroad accident investigations, including after an Amtrak derailment in Philadelphia that killed eight and injured more than 200.

The board’s recommendations, R-10-1 and R-10-2, call for crash- and fire-protected inward- and outward-facing audio and image recorders capable of providing recordings to verify train crew actions. The devices should have a minimum 12-hour continuous recording capability with recordings that are easily accessible for review—with appropriate limitations on public release—for accident investigations or performance monitoring programs.

Last year, the FRA published a notice of proposed rulemaking that would mandate cameras in passenger train locomotives, but it excluded freight trains that account for most of the rail traffic in the U.S. On Sept. 15, in addition to reiterating the recommendations, the board voted to downgrade their recommendation classification to “Open — Unacceptable Response” by the FRA.

The NTSB determined the probable cause for the collision was the failure of the westbound train engineer to respond to the signal indications requiring him to slow and stop the train prior to Control Point Springs because of his impairment due to the effects of alcohol. Contributing to the collision was the design of the Positive Train Control system, which allowed continued operation in restricted mode on the main track.

A synopsis of the board’s findings, probable cause and recommendations can be found at https://go.usa.gov/xG5Hz.