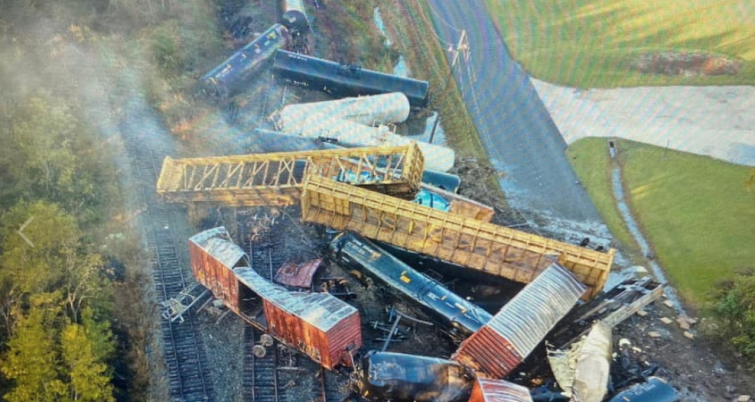 A train derailed in Texas on Oct. 29. No injuries were reported.
Orange County Sheriff

A Kansas City Southern train derailed near the Texas-Louisiana border on Oct. 29, causing schools to be evacuated and motorists to flee to safety as the railcars spilled in front of them.

The accident happened in Mauriceville in Orange County, Texas. The train was only 25 cars long, and only 15 cars were filled, including five tank cars. Four of the tank cars were carrying petroleum-based products and the fifth was filled with a corrosive product.

A 1-mile evacuation zone was established following the derailment, where railcars spilled out onto a two-lane road.

About 600 people were affected by the evacuation order, including students at two schools. Hazmat crews were on the scene cleaning up the area. No injuries were reported.