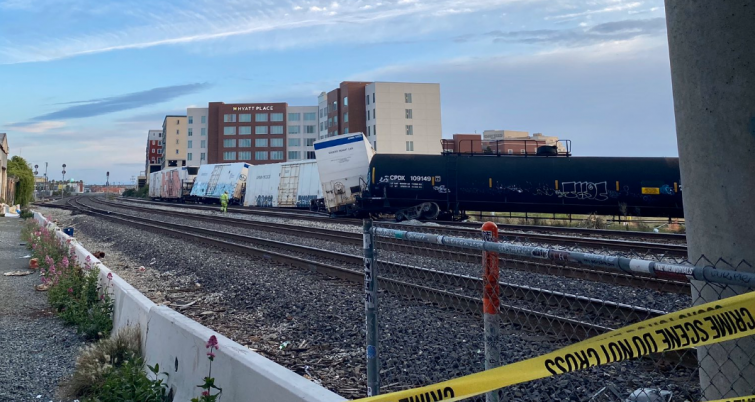 A derailment of a Union Pacific freight train in California is being investigated. The train was moving through Emeryville when six cars were knocked off the track on Sunday afternoon. Three of the cars were empty, and the other three were refrigerated cars.

The railroad crossings at 65th, 66th and 67th street were blocked for about five hours. The train started in Roseville and was headed to Oakland. Passing trains were able to use other tracks to get around the accident. No injuries were reported.