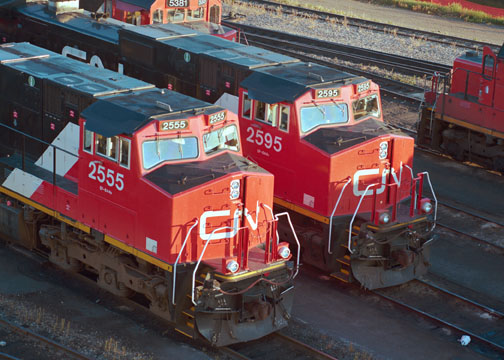 Canadian National has plans on building a second track in the Chicago suburbs, but cities like Elgin and Hoffman Estates have a one-track mind when it comes to the expansion: It will be bad for homeowners.

Canadian National wants to lay down just over 4 miles of rail between Shoe Factory Road in Hoffman Estates and Spaulding Road in Elgin. The Class 1 company plans on running nine additional trains per year through the region, and says the expansion is need because of an increase in rail congestion.

Hoffman Estates, Hanover Township and Elgin all object to the project and say Canadian National needs to respond to concerns before the Army Corps of Engineers issues a permit for the work. Lost vegetation, noise, vibration and the environmental impact are just a few of the points residents want resolved. Hoffman Estates wants solutions to the concerns to be required before the Canadian National receives the green light from the Army Corps of Engineers, and Mayor William McLeod says problems with idling, noise and vibration have not been addressed for years.