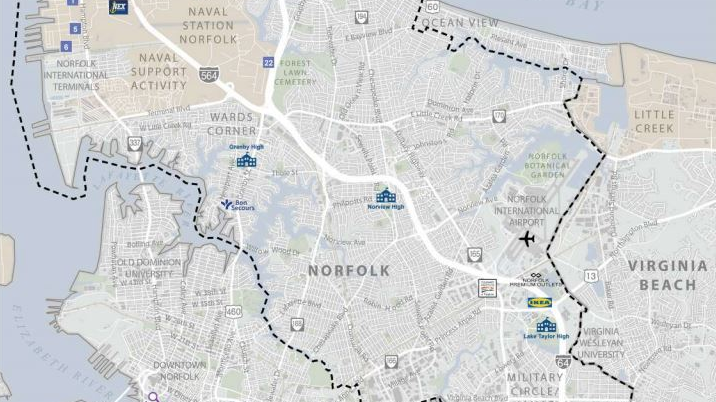 If you are going to attack Naval Station Norfolk, Va., you better have options. Hampton Roads Transit (HRT) has two to fight ongoing congestion: light rail or bus rapid transit. Officials want to increase transportation modes and connect a 7.3-mile-long light rail system, called the Tide, to the naval base.

HRT is in the midst of an environmental review study on a project that is considering both light rail and bus rapid transit. The first study looked at light rail, bus and streetcar service to link downtown Norfolk with the western suburbs. However, projected ridership numbers, and the land, were too low. The current location being looked at on the east side is higher above sea level, eliminating the flood risk presented by the first option.

Many commuters do not enjoy the ride in and out of the naval area, and some call the current light rail system as the “light rail to nowhere.” The Tide started operations in 2011 and was doing well in terms of ridership during the first few years. However, HRT says the number of people taking the Tide is starting to drop.

The current $1.4 million study is looking to line the Tide at HRT’s Military highway or Newton Road location. The preferred route and mode of transportation should be known by the summer of 2021.