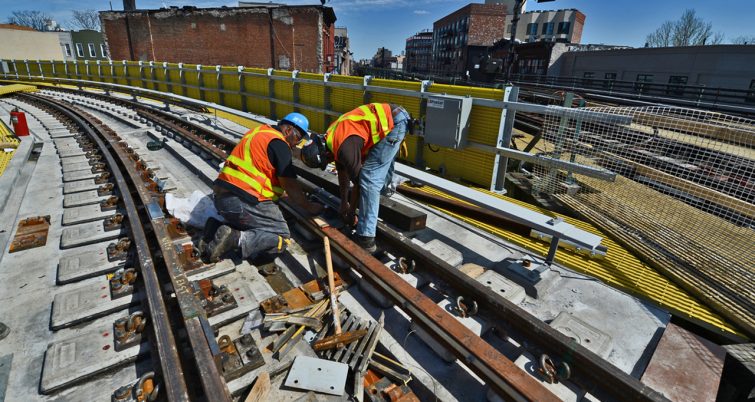 Byford, who turned in his resignation letter last week before changing his mind, had nothing but good to say about the transit system while discussing September ridership numbers at an MTA subcommittee meeting. According to Byford, subway average weekday ridership in September was up 4.5 percent (5.77 million) compared to a year ago. Long Island Rail Road (LIRR) commuters went up 2 percent in September vs. September 2018, and Metro-North Railroad’s ridership went up 1 percent over the same time period. So far for the year, LIRR is experiencing a 2.4 percent boost while Metro-North is taking on a little under 1 percent more. Byford says the traffic on MTA bridges and tunnels in August was 0.6 percent more than in August 2018.

As a whole, the subway system is executing almost 250,000 more trips on weekdays than it was earlier in the year, and the MTA’s commuter railroads have carried an additional 2 million people through September than it did through September 2018.

Byford says the improvements will continue as long as there are adequate resources.

MTA Chairman Patrick Foye says the focus on identifying and fixing track defects, fixing signals and switches, overhauling train cars and rethinking the way the agency communicates with riders has led to the turnaround.