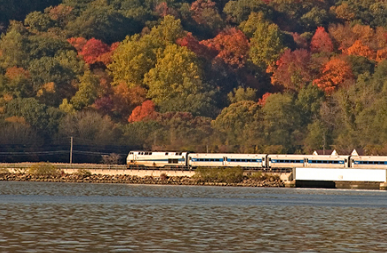 It might take 10 years, but Connecticut Gov. Ned Lamont wants to put more speed into the Metro-North Railroad.

Lamont is expected to announce a 10-year, $18 billion program to update Connecticut’s transportation system, and it includes a $5 billion plan to accelerate service on the Metro-North Railroad.

If approved by the state legislature, tracks connecting Greenwich and New Haven will be rebuilt and some curves will be eliminated. The Lamont administration believes doing this will cut travel times on the Metro-North by 15 minutes.

The plan also calls for the purchase of more than 100 railcars and three rail bridge replacements.

“Access to New York City is an incredible asset to the Connecticut economy, and targeted improvements up and down the line will only make the state’s economy stronger,” Lamont said in a statement.

Finding the funds, however, may be difficult. Connecticut’s gas-tax fueled special transportation fund will be running in the red by the start of FY 2022, and the state currently needs $1.2 billion a year to maintain rails and highways. A low-interest loan program could provide up to $3 billion in rail improvements, and a second federal loan program also could generate some cash. The second federal loan program would require a dedicated revenue stream, which could come in the form of tolling. Connecticut eliminated tolls back in 1980 following a fatal crash at a toll plaza.