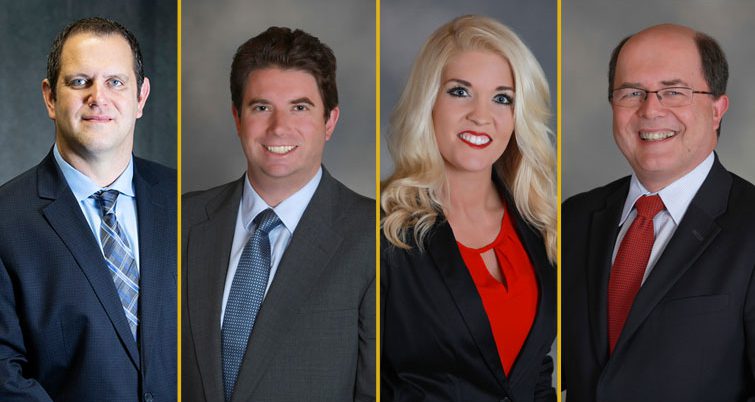 “This group of leaders has demonstrated an exceptional ability to focus on the core values that have earned Watco the opportunity to grow for 35 years,” Smith said. “I’m very confident in this leadership team’s ability to engage our customers and team members every day. They know the value in staying hungry and humble, always looking for a better way to make it happen, while reminding everyone that the most important Watco leaders are our men and women serving customers in the field each day.”

As COO, Coomes will oversee the daily safety operations of the transportation, terminal and port and mechanical divisions. He joined Watco in January of 2014 as vice president of operations support for Watco Terminal and Port Services.

Coomes most recently served as the company’s senior vice president of operations. Under his leadership, Watco saw the successful integration of the Kinder Morgan terminal acquisitions and the launch of a new Watco service offering in the Houston deep-water stevedoring operations.

Before he joined Watco, Coomes spent nine years at Dr Pepper Snapple where he held several positions, including director of engineering.

Coomes received a bachelor’s degree in plastics engineering and a master’s in business administration from Pittsburg State University in Pittsburg, Kan.

As CCO, Loeb will focus on growing customer relationships and leading the development of new commercial opportunities.

Prior to joining the company, Loeb spent nine years in the banking industry, working with a portfolio focused on serving customers in the shortline and regional railroad industry, as well as the rail supply industry.

Loeb attended Indiana University – Bloomington in Bloomington, Ind., where he received a bachelor’s degree in business from the Kelley School of Business.

Peterson joined Watco in 2006 and has held many roles on the people services team, Watco said. She most recently served as senior vice president of people services.

Peterson was instrumental in the implementation of Watco University, which focuses on the development of team members professionally and personally.

Prior to joining Watco, Peterson worked in healthcare recruiting at St. John’s Hospital in Joplin, Mo., and at JB Hunt Transport in Lowell, Ark., as a manager of professional and organizational development.

In his new role as CIO, McGuire will manage Watco’s capital raising activities and oversee the deployment of capital in customer growth projects and mergers and acquisition transactions.

McGuire joined Watco in July of 2015 as executive vice president of strategic planning.

Since joining Watco, McGuire has been involved in numerous mergers and acquisitions and customer growth capital transactions.

Before joining Watco, McGuire worked in investment and corporate banking for three decades.

Most recently, he was with BMO Capital Markets, where he started BMO’s Transportation and Logistics investment banking practice in 2003 and has worked closely with several railroad and other transportation companies with acquisition debt financing and raising equity capital.

McGuire received is bachelor’s and master’s degrees in business administration from the University of Iowa and is a Chartered Financial Analyst.