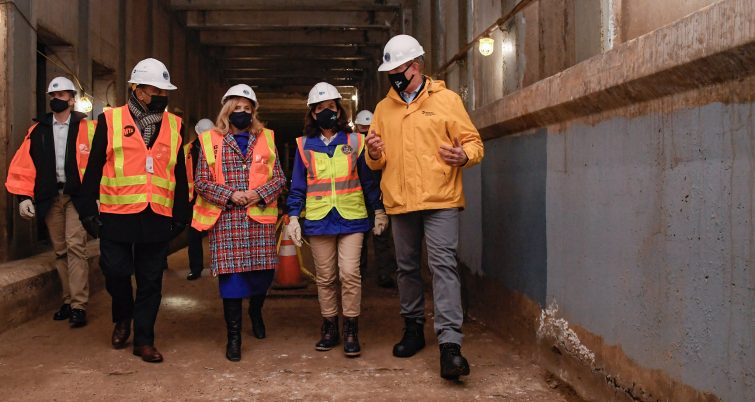 For a tube that was left for dead decades ago, it appears the city is going to now love it with billions of dollars.

The Metropolitan Transportation Authority (MTA) is expected to receive money from the $1.2 trillion infrastructure bill signed by President Biden last week, and to extend the Second Avenue Subway 1.6 miles to Harlem will cost $6.3 billion. According to a study by New York University’s Marron Institute, the $3.9 billion-per-mile price tag makes the subway extension the most expensive of its kind in world history. The cost to use debt to finance the project officially elevates the cost to $6.9 billion.

Hochul said the hope is the project will begin in late 2022, and construction is expected to take seven years. MTA’s design-build contracting method could shorten the construction timeline.

There are two more abandoned tunnels linked to Second Avenue. One that lies between 99th Street and 105th Street is expected to be repurposed, but a tube under Canal Street in Chinatown is no longer needed.