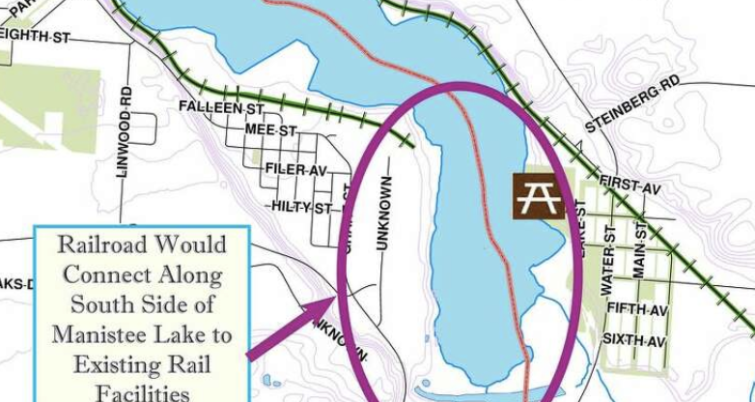 Moving track to the southern end of the Manistee Lake will open up more opportunities.

A “renewed desire” is driving a plan to relocate a portion of railroad track in Manistee, Mich.

The idea first came about decades ago, and it looks like steps are being taken for permitting, design, and construction of 3.5 miles of track on the south side of Manistee Lake. Officials met with consulting firm Fishbeck, the Michigan Department of Environment, Great Lakes, and Energy, the Michigan Department of Natural Resources, and the U.S. Army Corps of Engineers along with other state and local groups.

The elimination of the tracks on the north side of the lake would take out two 130-year-old railroad truss bridges and a 92-year-old swing bridge which are believed to be structural risks. Five at-grade crossings would be removed from the network and the potential for spills on the two northern bridges would be eliminated. A new rail bridge also will be constructed.

The new line of track would connect to existing rail facilities providing access to industries on the west side of the lake from the south. Railyards along U.S. Rte. 31 also would be eliminated.

Studies and assessments will need to be completed before a permit application can be submitted.