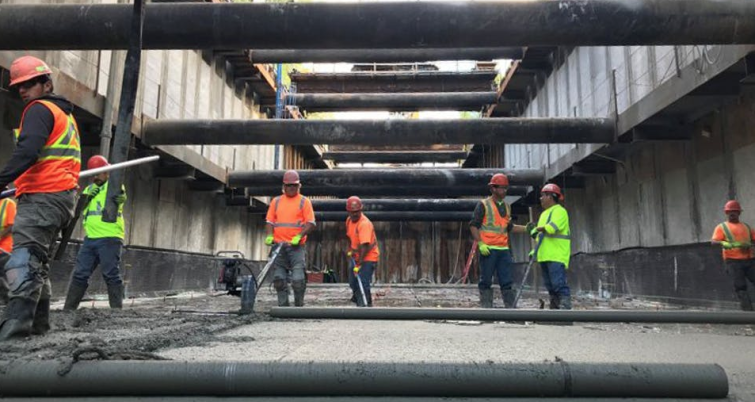 A 50-ft-wide work site for tunnel construction is making it prone to flooding.

The Minneapolis Park Board is fed up with delays dealing with Southwest light-rail construction, so it added to the problem.

The board refused to issue the Metropolitan Council a permit to close Cedar Lake Parkway for the rest of the year. Lying below the parkway is a light-rail tunnel near the Kenilworth Corridor that is under construction and has been the victim of recent delays.

The Met Council said the complexity of the project is requiring the extra time. The tunnel extends 20 ft below the water table and the work site is only 50 ft wide and has been the victim of flooding.

Park Commissioner Elizabeth Shaffer walked the tunnel project last week and at the last board meeting said the Met Council is facing issues that were predicted by residents before work began. Shaffer also asked the Met Council for financial compensation if the Parkway is closed for the rest of the year. Met Council said it did not have money to give. Shaffer said all of Hennepin County is going to be reaping some of the cost of not respecting resident and political voices through the construction process.

Met Council has a permit to keep the Parkway closed between February and July 10. The board voted 5-3 to reject any extension.

“The Met Council has a permit to continue to work on the project for several months,” the Minneapolis Park Board said in a statement. “MPRB staff will be working with the Metropolitan Council staff to define appropriate mitigation related to the pending request … to extend the permit until the end of 2022. The MPRB staff will be preparing recommendations it believes are aligned with the interests of the Board of Commissioners and the capacity for implementations by the Metropolitan Council.”