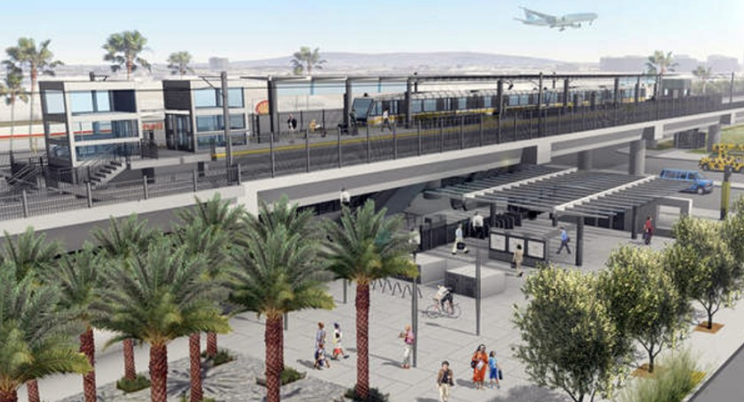 Settling with the contractor is creating one big money pit for L.A. Metro. The agency is looking for another $120 million for a $2.06 billion light-rail line from Mid-City to the South Bay.

The Crenshaw Line project, which started in 2014, was supposed to open in 2019, but delays due to contractor error and other setbacks now has the opening slated for 2021, and officials are not sure if that milestone will be met. The line is 95 percent complete.

L.A. Metro and contractors Walsh Construction and J.F. Shea Construction have reached a settlement on a couple of occasions after the building group encountered problems back in 2017 and 2018. L.A. Metro was hoping the settlements would avoid future litigation, and included in the new request for $120 million is $4 million to hire a claims support consultant to prepare documentation for claims filed by the contractor.

The reason why no one can confirm the new opening date is because the contractor is currently addressing the most challenging parts of the project in the subway tunnels. There also is an issue with stabilizing the train tracks on bridges and in the tunnels. Rebar was installed incorrectly at some locations. Additionally, there has been ground settlement in walls that support a rail bridge over La Brea Avenue near downtown Inglewood.

Since a portion of the line is in South Bay, the South Bay Cities Council of Governments will cover 37 percent of the cost overrun, but has informed officials it will not contribute any more money. Federal air quality grants and funding from Measure M, a sales tax increase approved by voters back in 2016, will help fill in the rest of the $120 million request. About $90 million will be used to cover payroll for Metro employees and consultants through the end of the year. Since the project was supposed to be complete in 2019 there was no money to cover worker pay for the delay in 2020.