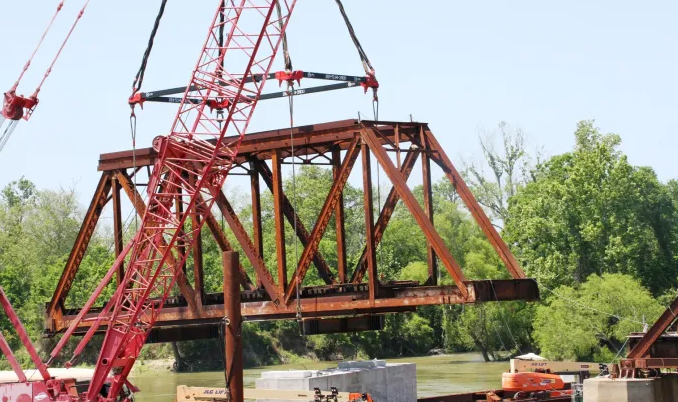 The bridge was built in 1904 to handle rail traffic between New Orleans and Houston.

Crews began lifting pieces of an old truss bridge that spans the Trinity River along U.S. 90. A new steel bridge will be built as a replacement.

Two spans were pulled on May 12, and the final sections will be removed in July.