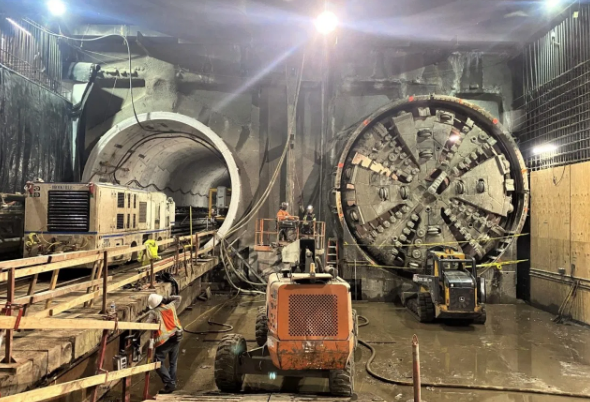 You do not have to dig too deep to find commuters in and around the San Fernando Valley who prefer tunneling over a system that runs on the surface.

A recent report revealed that a whopping 93% want LA Metro to tunnel between San Fernando and Westside, while just 7% prefer a monorail.

LA Metro is looking at a total of six project alternatives. Those who object to tunnels are homeowner groups from Sherman Oaks and Bel Air that are worried about earthquakes and fires. The large group of tunnel supporters believe the option would provide better transfer options and faster travel times. They also approve of the way Metro has handled past tunnel projects. Thirty-five percent also preferred a station at UCLA, which would be feasible with a line underground. UCLA and the Los Angeles Community College District said the project had to have stops on the UCLA campus and in Westwood Village, with a connection to the Metro D Line.

The agency knows where the line will end, but little else. The final north stop of the Sepulveda Pass Transit Project would be at the Metrolink/Amtrak station at Van Nuys Boulevard and Saticoy Street. The final south stop would connect to the Metro E light-rail line.

The monorail would cost about $6.1 billion to build, while the tunnel option would cost $10.8 billion.