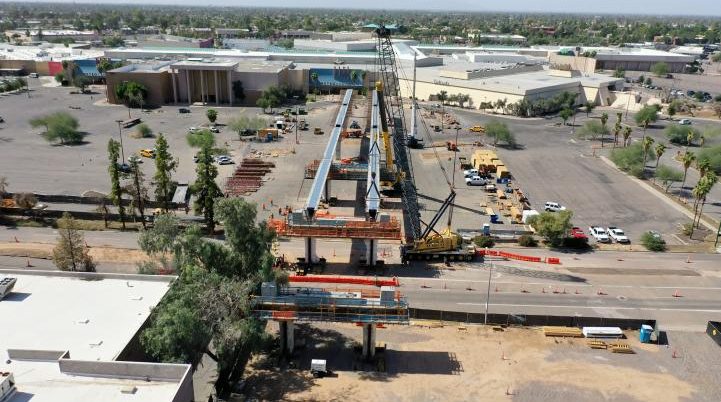 President Biden is calling on Congress to freeze the federal gas tax for three months right when funding from his massive infrastructure bill was starting to grow legs.

Lawmakers would have to pass legislation to suspend the 18-cents-per-gal gas tax, which is the main source of funding for the Highway Trust Fund. The move would cost $10 billion in federal funding, but President Biden said the recent reduction of the national debt would help make up the difference. President Biden’s infrastructure bill was passed earlier this year and a chunk of the money was marked for the transit industry.

The president also wants states to put their gas taxes on pause, and also is encourage oil companies to ramp up production. Energy Secretary Jennifer Granholm was meeting with oil executives on June 23.

Lobbyists representing oil companies said President Biden’s crackdown on carbon emissions has made it difficult to increase production, but the White House believes there is production capacity that is currently not in use.

Back in February, Rep. Tom O’Halleran (D-Ariz.) introduced a measure to suspend the federal gas tax for the rest of the year. Senator Mark Kelly (D-Ariz.) passed similar legislation in the Senate.

However, several Congressional leaders do not support such a move, including House Transportation and Infrastructure Chair Peter DeFazio (D-Ore.) and House Speaker Nancy Pelosi (D-Calif.). Over in the Senate, Energy and Natural Resources Chairman Joe Manchin III (D-W.Va.) said he was concerned about the $10 billion cost.